An alarm has been sounded at Messinia for an elderly man who is missing.

Christos Soumas, 85 years old, disappeared on Thursday, October 8th, from the village of Vasilitsi where he lived.

The elderly man, who suffers from dementia, left his house around 8 in the morning. According to information, a fellow villager saw him a little later walking on the provincial road of Kamarias.

EMAK of Patra and the Police have been mobilized to locate him while residents are assisting in this effort after an appeal by the village priest.

He is 1.75 tall and when he disappeared he was wearing jeans, a beige striped blouse and dark slippers.

Its characteristic feature is the vitiligo that appears on his hands.

For his disappearance, silver Alert has been signalled. 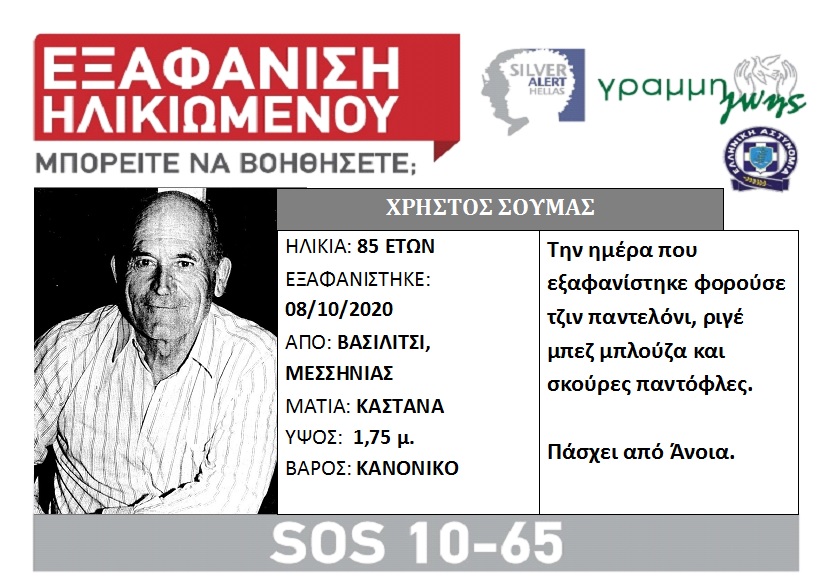