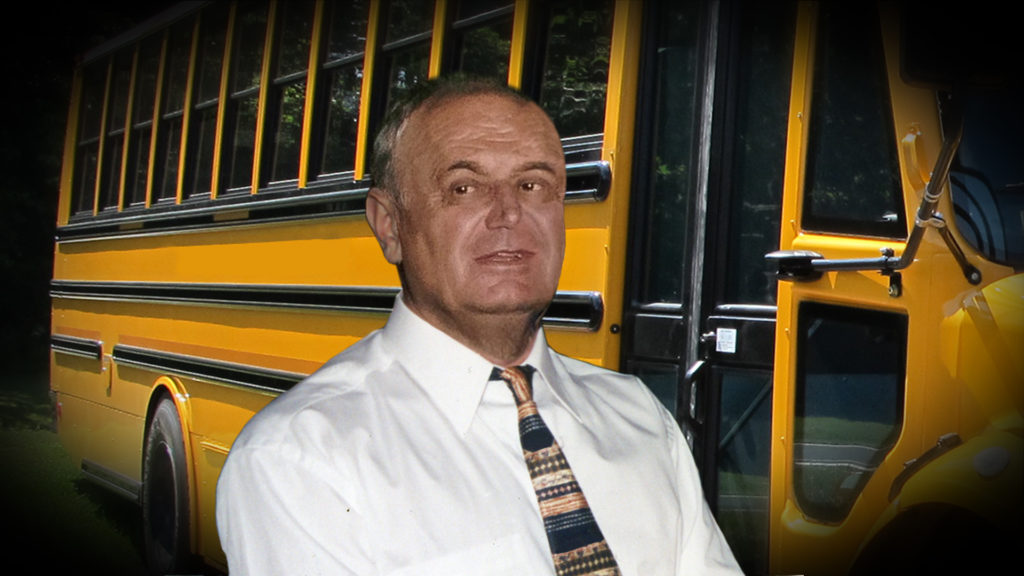 The "Tunnel" returned with revelations about the conditions under which the unfortunate school bus driver was found dead.
Share

Authorities are trying to shed light on the case and find out who is hiding behind the strange death of 67-year-old Panagiotis Vossos.

The show located the man who found his body in a forest area of ​​Sounio on New Year’s Day.

The search of the “Tunnel” in the neighborhood and the apartment building of the unfortunate Vossos in Vrilissia, revealed information that came to light.

Before he disappeared, he accidentally realized that the money in his bank account had “disappeared”. In an attempt to find the man who robbed him, he mysteriously disappeared only to be found dead a month and a half later.

It seems that on Sunday, November 15, someone suddenly pulled the driver out of his house on Pavlou Bakoyannis Street and disappeared.

The chicken roll he had bought the day before, was found on the kitchen counter, ready for cooking. His jacket was in the house and the door of the apartment was unlocked, something he did not use to do.

“I found him dead in the forest…”

The man who found the school bus driver dead in Sounio, spoke exclusively to “Tunnel”.

“My wife and I went to the spot to pick up some mushrooms. I saw two black sneakers and his feet. I got so frightened that I ran away and immediately notified the police. The police came and I led them to the spot. I still get the image and I stay awake at night,” said the shocked witness.

In the neighborhood of the unfortunate driver, the residents talk about a lonely and serious man who had never hurt anyone.

“I was shocked when I learnt that. I had a long time to see him and we were worried,” told his neighbor on the show.

The butcher, from whom Bossos used to buy meat from, tells “Tunnel” that the day before his disappearance he had gone to his shop to receive an order he had made. The chicken roll he bought was found in the kitchen, ready for cooking, which shows that something suddenly took him out of his house.

The nephew of the lonely man from Vrilissia, speaks to “Tunnel” in an attempt to shed light on this dark case and to finally find out what happened to their relative.

“It is very strange how he arrived in Sounio, where he was found dead. It had nothing to do with this area. He is a man who always locked the door of his house. This time, however, it was unlocked. And only that he left suddenly, indicates something. Someone asked him to go out. And he would not go with a stranger,” he said characteristically.

He even referred to the money that “disappeared” from his account.

“They had a friendly relationship with the owner of the kindergarten where he was working. He was thirty years at the school. She informed him that some transfers were made from his bank account from some messages she saw on her mobile phone that she had given him. He did not know about the missing money and so he canceled his card. If the expenses were made by him, he would not have canceled it. We are talking about more than 40,000 – 50,000 euros. His bank account was left almost empty. Police are investigating the case… We want to know what happened too. It is also worrying us. In other words, I want to know what has happened “, he added.

To a relevant question of the journalist, he answered:

“They owed him some money from the kindergarten he was working. They had issues with payments. I imagine likewise all Greek companies now,” he concluded.

“A woman was taking money from him…”

An old friend and neighbor of the unfortunate Panagiotis Bossos, speaking to “Tunnel”, describes him as a man who had some savings and would not easily spend his money. He refers to a financial transaction that the victim had and considers that it may be related to his tragic loss.

“Two years ago he told me to ask my son who is a lawyer. He had given money where he worked and wanted to know how he could get it back, because they would not give it to him. He did not get a signature, but he had testimonies from two of his friends. It was about thirty to fifty thousand euros. Out of nowhere he was found to have traveled abroad with his card, but without ever leaving Athens. Who used the card? Is it a woman who is probably involved? He wanted to take a bath here in Edipsos and he was thinking about money”, the witness stated characteristically.

Serious testimonies arrived on the show that will help the ongoing investigation.

Authorities are examining, following information from the “Tunnel”, an abandoned car near the spot where the driver was found dead. It was abandoned in the area at the same time.