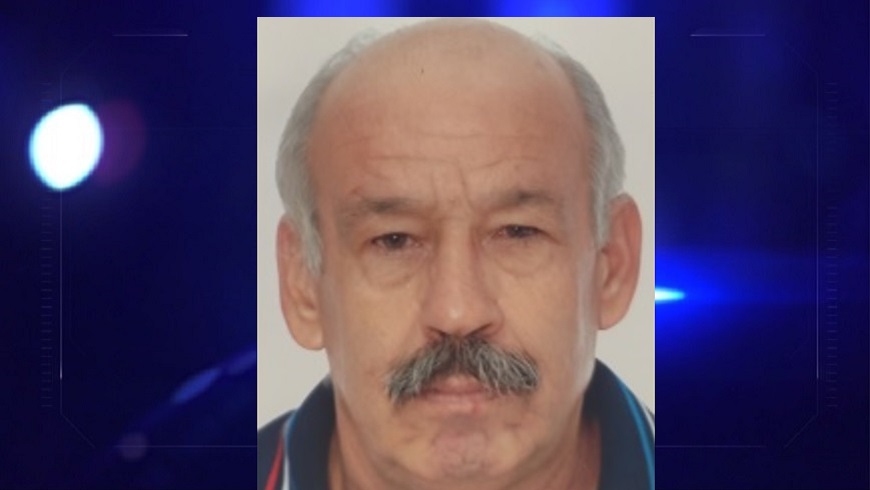 Periklis Tahatos 70, has been missing since noon on Sunday, April 3, when he left his home in Serbia, Kozani.
Share

The elderly man drives a Toyota Corolla car, gray in color and with registration number NIX5816. He took with him his dog, which goes by the name of Ioli and is small and cinnamon colored.

According to his family, his destination was probably the Bodosakeio hospital in Ptolemaida.

He is 1.76 tall, has a brown eye and wore a blue jacket, a blue tracksuit and sneakers. 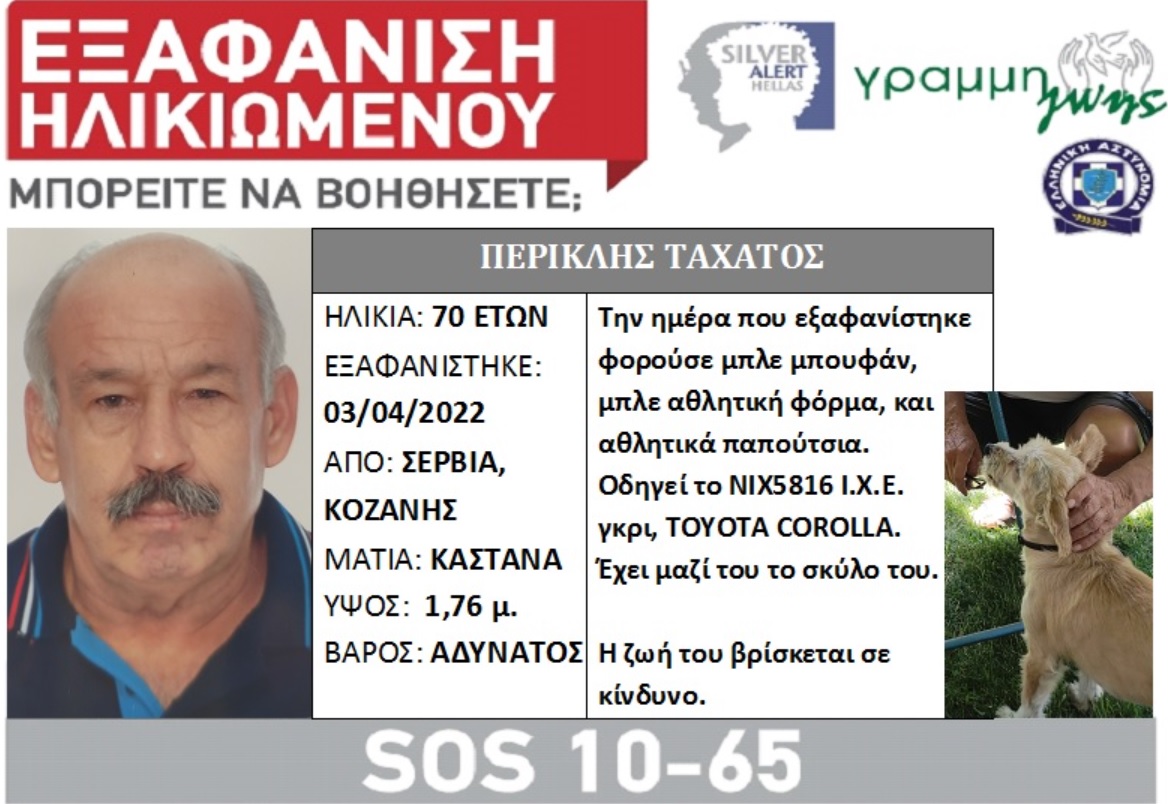