Alarm has been sounded at the Authorities of Evia for an elderly man who is missing.
0
SHARES
Share

74-year-old Dimitris Markou disappeared on the afternoon of Tuesday, July 28th from the village of Kokkinomilia in Northern Evia.

According to information, at around 17:00, the missing person, who is facing health problems, allegedly took a taxi to the city of Istiaia.

His son, who works in the Fire Service, has plowed the area with his colleagues to find some trace of Dimitris with a negative result so far.

A special feature is its height since it reaches two meters while always walking bent over. When he disappeared, he was holding his cane and wearing jeans, black slippers and a plaid shirt. 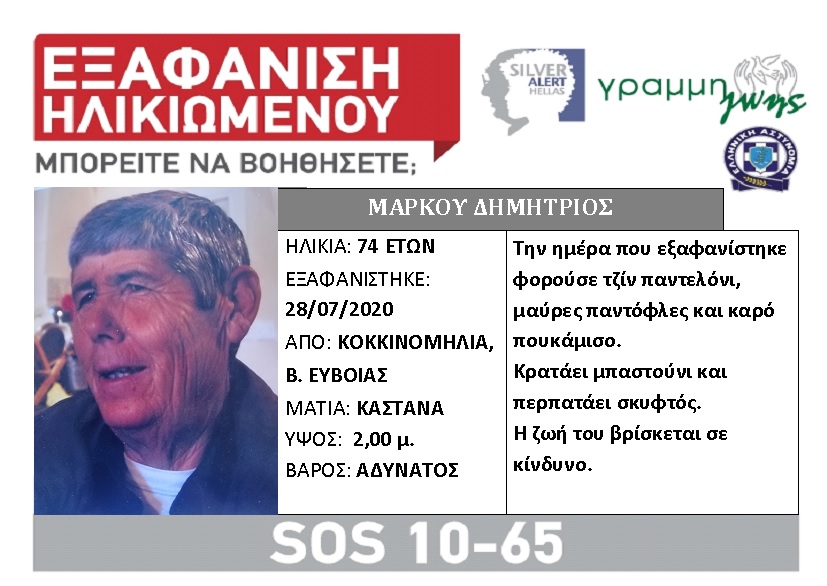