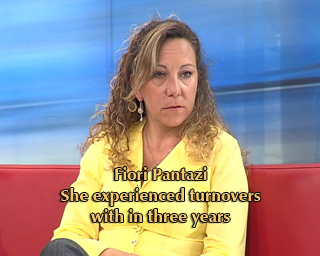 Life played once again a weird and strange game in Fiori's Pantazi life, the sweet young woman we met and loved through "Tunnel" three years ago.
Share

Her persistence to find her roots after 38 years, led the show to a great revelation. During the live research and while looking for a missing homeless person in several homeless hostels in Athens, we found Fiori’s mother, Eleni Karioti 72 years. Just before, we discovered relatives in Korinthos and her friends, but they also thought she was missing. The meeting at the homeless hostel that “Tunnel” showed was overwhelming. The mother didn’t reveal to her daughter that she was one step away from death. A week later, she died without revealing her daughter the existence of another sister. 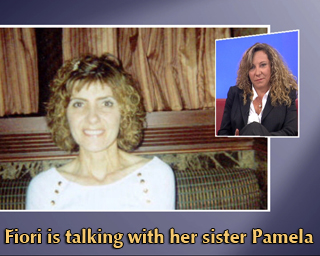 “Tunnel” in collaboration with SEASYP organization good news arrived from distant Louisiana U.S.A and provoked shock to sweet Fiori. Her unknown sister was looking for her. Panagiota as was baptized and now Pamela Smith, revealed after 54 years her secret. He was the eldest child of Eleni Karioti, who had given in nursery of Athens and was then adopted in the U.S.A. Tunnel united the two sisters and the moments that followed with the two women narrating their lives, were touching. They were told they have an unknown brother and now they both look for him.