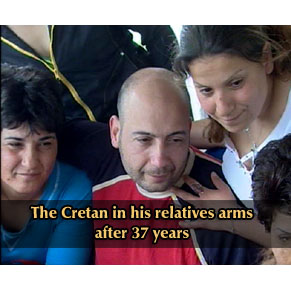 On Friday 28th of April, 10 sisters and their parents, were looking for their brother who was lost 37 years ago.
Share

The story took place in Drama and Crete. The unbelievable part in this case was that in 1997 a man who had many similarities with the missing boy, appeared on the show looking for his family. Polakis’ family members thought that he was the one they were looking for. But he wasn’t. During the broadcast ‘Tunnel’ found another man called Michalis who at first talked through the phone with his mother and sisters after 37 years. A few hours after the show, Michalis traveled to Chania and reunited with his parents and sisters. The Cretan fest lasted all day long. A special show with a lot of miracles.