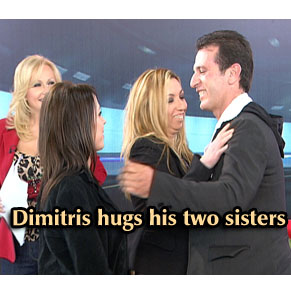 On Friday 26th of November 2010 he came to the studio to look for his father whose existence didn’t know until a year ago. Nikolaos Koumis died a few months ago without knowing that he had a son. Dimitris found sisters and relatives. Everybody came to the studio of ‘Tunnel’ and the moments were touching. In 1972, 20 year-old Nikolaos Koumis was in the clinique ‘Zoodochos Pigi’. There he met and fell in love with nurse Maria Savidou. After a while the couple separated and Nikos wasn’t aware that Maria was expecting his child. After so many years, Dimitris and his wife came to ‘Tunnel’ fearing that he will be rejected but finally life smiled at him. 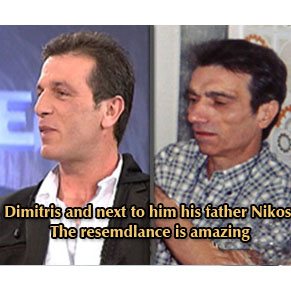