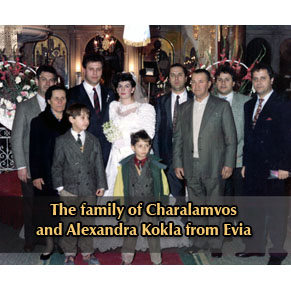 On Friday 4th of April 2008 fate played a tragic game to mother Alexandra Simitzi-Kokla from Kimi of Evia.
Share

The boy that was born at the American maternity hospital in Nikea in June 1945, was taken away by her father and her brothers. All these years the sad mother wrote poems of great emotion trying to soften her pain. Alexandra Simitzi married the father of her missing son and together they created a big family. Her six children united and were looking for the brother that never met. But life played a strange game to them. Their brother was dead.