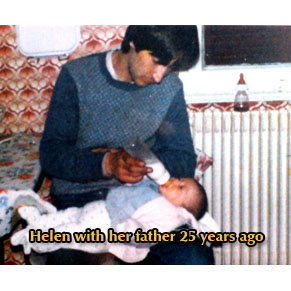 Helen Oulach 25 years old from England, was searching through internet her missing father called Andreas Sirouchidis who hadn’t seen since she was a child. An internet friend helped her to contact ‘Tunnel’ and make her dream come true. With the pictures of her father at young age and of some members of his family, which kept for so long as a treasure, she came to Greece. Her agony was huge. Would she find her Greek routes? Would she be accepted by the man who brought her to life? ‘Tunnel’ was the bridge for the big reunion. Helen found her father, her sister, her aunt, a big Greek family embraced her. The reunion took place during the live show with great emotion. 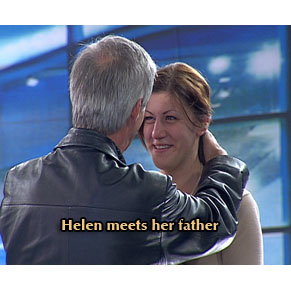