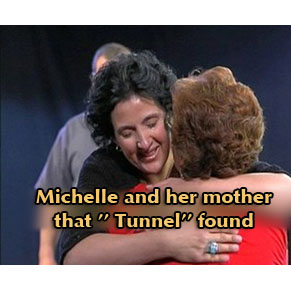 Friday 19th of May 2006 and extraordinary moments were revealed in 'Tunnel'.
Share

Michelle Dilio who lives in New York with her family discovered a big secret which led her to Greece. Michelle was a poor Greek child and was adopted by an American family. She wrote a letter at ‘Tunnel’ in which she was talking about her big desire: to find her mother in Crete and siblings if existed.
‘Tunnel’s’ research came up with a positive result. Michelle traveled to Greece. A trip to unknown… Her mother responded to her call and she met her at ‘Tunnel’s’ studio with open arms. The moments we lived were exceptional. Even the mother’s heartbeat was heard on the air. After 45 years mother and daughter left from the studio to begin a new life together. 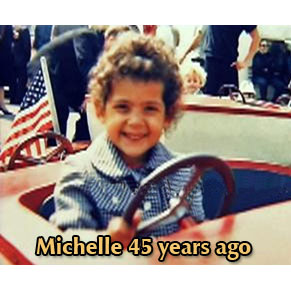