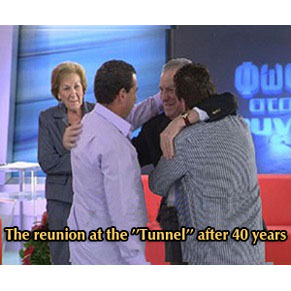 Moving and special was 'Tunnel' on Friday 6th of November 2009.
Share

The tragedy of Freeman family with the two deaths of its young members and the disappearance of two young boys were revealed on the show. Sophie’s little boys were lost when she died at the age of 22. Their father Minas Igglezos, took away Charalampos and Pavlos when they were 3 and 2 years old. Sophie’s father, mother and sister started a research in order to find the boys but in the meanwhile they died. Only their uncle, James Freeman who lives in Cyprus, continued the research. After 40 years, life played its own game at ‘Tunnel’. The missing brothers were found and reunited at the studio with the man who never stopped looking for them. 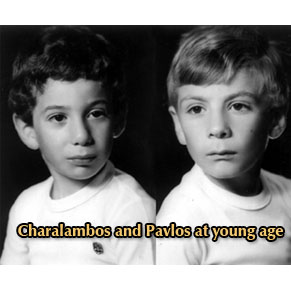