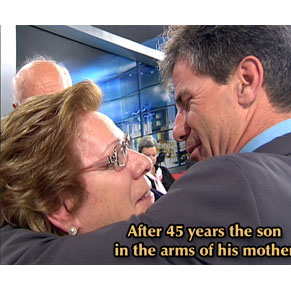 Vaso Marinou came from Germany to Greece to leave her 2 year-old son with the family of his father, without knowing at that time the fate's game.
Share

Her little boy, Themistoklis was lost and when the mother tried to find him, they told her that they gave him to another family. After 45 years she came to ‘Tunnel’ without any idea about the last game of life for her and her child. We found her son, on Friday 9th of April 2010. He was sitting among the audience of the show hearing the story of his life by his own mother. They gave him for adoption, as Themistoklis, to a family in Thessaloniki. Then his step parents changed his name into Nikos. ‘Rizes’ organization gave his personal data to ‘Tunnel’ and finally the lost son embraced his mother and his brothers. 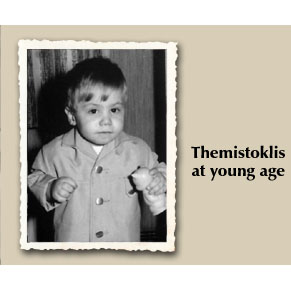