Another shocking case with elements from the political history of Greece was revealed in 'Tunnel' on 2nd of July 2010.
Share

Kaliopi Kokota never imagined even at her wildest dreams, that she would become the hero of this incredible social thriller after 65 years. When she came to the show, she had no information about her case but ‘Tunnel’s’ research helped her. Surprises and revalations shocked everyone…. Her father tried to find her while he was in Giaros’ island jail as a prisoner but Athens orphanage never revealed his letter to his little daughter. “SEASYP” organization brought to light important documents after 65 years. The sisters of Kaliopi were living in Lamia! The two families knew each other, Kaliopi knew Giannis Konstantopoulos without knowing that he was her father. The sisters met at ‘Tunnel’ and the moments were touching. 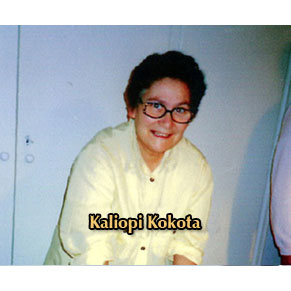