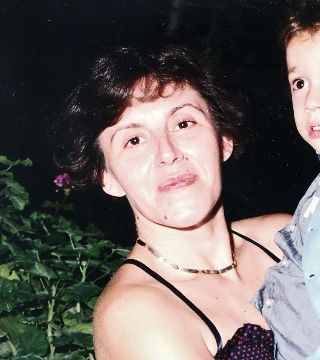 The deep research of Tunnel in the sensational case of Eleftheria Agrafiotou, revealed new evidence that remove the version of economic incentive to crime.
Share

Since today facts from information were given to the show, the unfortunate woman had left no will.

For a long time she lived with interest from deposits, but these large sums were not found in her bank accounts. There were figures of around ten, eight and six thousand Euros. Authorities have failed so far to find those big amount of money that would push someone to the crime.

Research shows no persons with whom the victim had financial transactions and disputes.

As revealed why the strongly quarrel she had on the phone with a man for an amount he owed her, was for building tenancy accounts.

Prevailing so far seems to be the version of the random murder of a “maniac” who as revealed by the show hides in underground stores.

Authorities are appealing to witnesses who may have been attacked or have seen someone suspicious that matches the description to testify confidentially.

He is a man 55 to 60 year old, bald, with a few hair in the back of the head, with light skin, of approximately height 1.75, moderate physique.

The godson the unfortunate woman with an email to Tunnel, waits for justice soon and hopes that this dangerous criminal will be arrested.

See frame by frame the deep of “Tunnel” inquiry for the case that shocked Greece here.