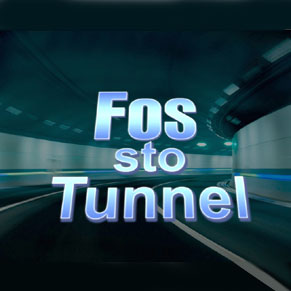 A TV show of research and investigation that has been awarded by social organizations while holding a prominent position in the Guinness Book of World Records.
Share

A TV show of research and investigation that has been awarded by social organizations while holding a prominent position in the Guinness Book of World Records. It continues its broadcast for 28th season, from MEGA Channel this year, with Angeliki Nikolouli as presenter and editor in chief. It is a live TV show, with long duration that searches people who are missing under strange circumstances and their disappearance has been reported to the Police.
We mostly give emphasis at the disappearances of children and old people.
The experienced TV show and especially the consistent and careful research that is being made, frequently prove that many cases that in the beginning seem to be ordinary cases of disappearance, are directed crimes. (Tunnel has played a significant role in the investigation of twenty six murders). Furthermore, with its thorough research it proved that sixteen cases that remain in Authorities archives, are murders. (Find details at the sections Crime without punishment and Thrillers in the dark).
In our web site you will read about people who went missing at specific dates. Please inform us if you know anything about them. (With the help of our viewers, about 1.740 people have been found in about 920 episodes of our show).
Fos sto Tunnel uses even more the power of new technologies and Internet.

Visit our official Facebook page Light at the Tunnel Official at the time of the broadcast to chat live with viewers and Tunnel contributors. Follow Angeliki Nikolouli’s official Instagram page @aggelikinikolouliofficial.

Finally, you can fill out the contact form so as to give us information about a missing person.