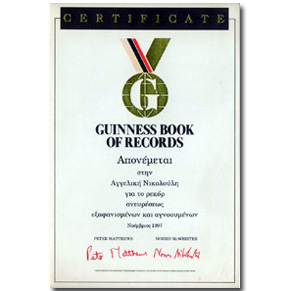 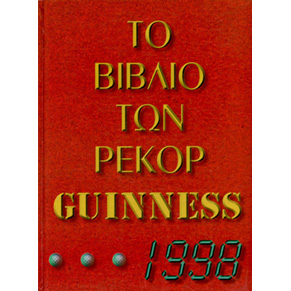 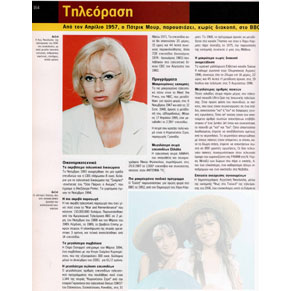 ‘Journalist Angeliki Nikolouli through her TV show ‘Fos sto Tunnel’, has found during 75 episodes, 85 missing people that were officially reported as missing to the Police. We have to mention that at the same TV show and in a special section concerning missing people of the post- war period, 22 people were found and the quickest finding was accomplished in 10 minutes and was about a woman living in France who was missing for 58 years’.
Watch the prize of Guinness

The registration in the Guinness Book of World Records of 1999 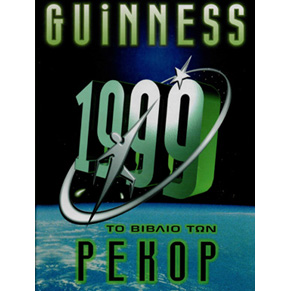 ‘The success of Angeliki Nikolouli continues: During the three years that the TV show ‘Fos sto Tunnel’ is broadcast and in 130 episodes, 210 people that were reported as missing to the Police were found, some of which were missing for almost fifty years’.