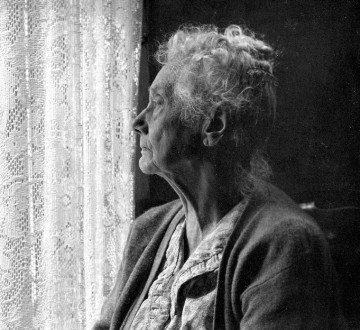 Silver Alert data for seniors cause much concern.
Share

The records of the Social Service of the “Line of Life” show that many old people who are perished, killed themselves.

“Tunnel” presented the aggregate statistics of the Silver Alert from June up to December 10, 2015, in order to raise awareness of viewers. As observed the Christmas season creates a sense of loneliness to the elderly leading many of our fellow citizens to flee. Characteristic was the video that broadcasted on the show, giving a message of hope for people who need us.

The statistics of the “Line of Life” in detail:

 Twenty people were over 75 year old.

 In three cases issued Prosecution command because the missing persons were under 60 year old.

 It is worth noting that during this time from 13 seniors who were found dead, the nine have committed suicide.

 4 in 10 seniors were lost due to dementia disorders (Alzheimer’s, memory problems)

 The 96.2% of missing elderly were located within the area they were lost and indeed the 46.2% found in a radius of 3 km. from the place of disappearance.

As has been shown when the family of a missing elderly submit the necessary documents within three days, most of them were found unharmed. Otherwise, unfortunately many older people were found dead.

For two and a half years have been issued 38 Silver Alert unidentified. This is a very significant effect of the “Line of Life” for cases of elderly who were found on the road and not being able to remember their name or other details. The volunteers of the organization are taking care of them till they find their relatives.

 In 36 of the 38 cases, volunteers of SILVER ALERT, the contribution of citizens and cooperation of the Police, are finding the relatives of elderly people and the elderly have returned to their home environment after a few days of hospitality and care in units of Aged Care.

 For two seniors who had no relatives, the “Line of Life” caregivers to become permanent inmatesof Public Aged Care Unit.

The social service “Line of Life” from the beginning of its operation until today received 10 .536 calls.

-1 228 calls from citizens and public organizations for tracking incidents of abandoned elderly (not issued Silver Alert).