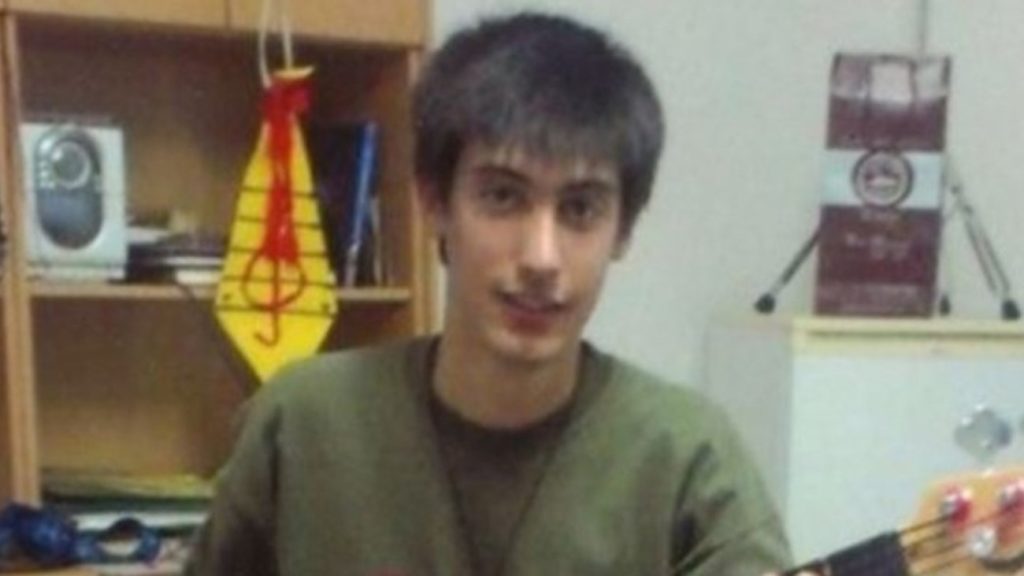 Another inhabitant of Emborio area, carried what he saw and heard that fateful August night whenTakis had lost.
Share

According to his testimony, the young musician was with friends in a particular house and late in the evening the company went out on the road with a roar. The 20-year-old started ran to escape, but someone from his company probably threw an iron on his head and he landed on the ground. They quickly put him in a green car and left the spot. The car headed for the dump but did not stop there. Continue on the road leading to Fira or Oia.

On Feb. 6, Tunnel  shocked with another similar testimony referring to the same area and the fight between the company. And this witness had said he had seen Takis running and then he heard his cries. The sound from the powerful noise of a car that was removed, completed the scenery of fear.

A member of the “wild” group spoke to “Tunnel”. The Bulgarian, who had initially confessed the murder, had told the authorities that he had helped him get rid of the unfortunate young man’s body. But then he recalled. He had said in the show, that he cut from  this group of violence. But at the time he was telling them, a camera recorded him in a stadium on the island with the same group.

Tunnel, following a profound and methodical investigation, identified another member of Takis’ company. According to the new testimony that came to light, this person was in front of the assassination attack. In the journalist’s questions, he denied that he knew anything about the case, while claiming that he had last seen Takis long before he disappeared. However, he was surprised when the reporter talked about faces and incidents. “You know everything,” was his ironic answer.