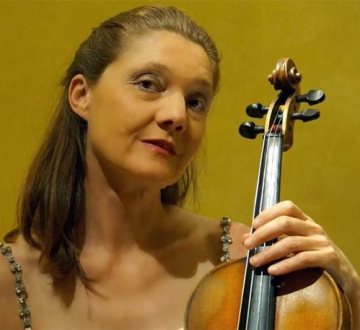 The corpse of a woman probably belongs to the missing soloist sounded the alarm to the Police.
Share

The corpse was found randomly by walker in the wood of the Kaisariani Saturday afternoon, March 26th.

Necropsy at the place by the coroner found that the corpse was in an advanced decomposition and bring deep wound inside of the left wrist. Initial estimates exclude the version of the crime but the autopsy is expected to take place on Monday.

The German musician member of the Orchestra Kamerata Friends of Music, the day that lost went the her rehearsal with fellow musicians Megaro Mοusikis. There had a strongly quarrel with a colleague, and left the rehearsal confused. She went to her house in Ilisia left her musical instrument and without been noticed by anyone left taking with her only her cell phone, which was deactivated at the same afternoon.

Worried her Greek husband also musician contacted the show to publicize her disappearance. Immediately he mobilized a research mechanism with a private investigator, friends, relatives and colleagues. For eight days he was looking at all areas even in parks they used to go for a walk.