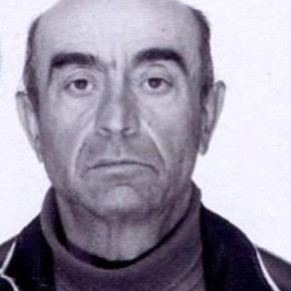 In a gorge at Asvestopetra a shepherd found the bones of Christos Pashos, who got lost from Kozani ten months ago.
Share

The unlucky elderly seems that he was trapped in the area and his death occurred from natural causes.

Christos Pashos who lived alone in the village Anarrachi, had symptoms of dementia and memory loss.