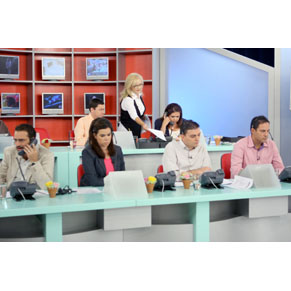 Zakynthos and crimes committed by organized gangs there, came back to light through a revelation on Friday, June 3rd 2011. Two years after the mysterious disappearance of Savvas Giatsegos
Share

Zakynthos and crimes committed by organized gangs there, came back to light through a revelation on Friday, June 3rd 2011. Two years after the mysterious disappearance of Savvas Giatsegosthat the show investigated, justice’s “bell rang” … The light of the Law was lit after the important information derived from the investigation of “Tunnel”. There were charges for intentional murder, fraud and forgery. (Watch the revealing video at the section Crime without punishment ).

Shock was provoked once again from the images recorded on camera during the reportage concerning an unemployed young man from Athens. 29-year old Thanasis had been fired from his job and was constantly looking for a second chance. The doors closed and frustration discouraged him so the countdown started … During the investigation about the circumstances of his disappearance, ”Tunnel” found him hanged.
The same happened with another 29 year-old man in Macedonia. Being frustrated, he left and never returned … He was found drowned.

Maria Farmaki, a troubled mother from Agrinio, has become for the last two years a special investigator. She leaves her fields and animals and investigates Greece to find her son, Giorgos. Her son went missing at the age of 29 because of a misunderstanding at the baptism of his child. Giorgos Farmakis heights 1.76 m. and went missing in May of 2009 from the center of Athens. The investigations focused during the night in the region of Arta so as to identify a young man with great similarity with the missing man. Unfortunately, it was not Giorgos Farmakis. 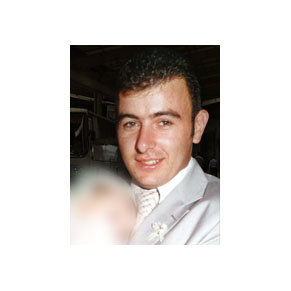 Light in the tunnel in the life of two women

Two sisters were joined at the studio during the broadcast after 43 years. Watch the video with the touching moments in “Games of Life “.
Another woman found the light in her life after 50 years on Friday, June 3rd. Eleni Papandreou opened the file of her life, hoping to find siblings and mother. Since she was little, she was left to “Vrefiki Stegi”of the municipality of Piraeus and ended up at a family that adopted her. Her mother Polixeni Rapti, left behind all the data so as to regain contact with her child when she would grow up. On a trip from Piraeus to Ikaria and then to Drama, ”Tunnel ” found the mother of Eleni. Mother and daughter shocked, came in contact. Together we will experience the emotional moments in the next episode of the show.