The evening of Friday the 23rd of August ended the adventure of 15-year-old Haidar Ahmadi who had been missing along with his 13-year-old brother Safdar since Sunday, August 18, from the Piraeus region.

Haidar Ahmadi, on his own, called the European Missing Children Line 116000 to seek help. He had been away for several days from a safe place and had suffered enough.

Haidar is now safe, while his brother, 13-year-old Safdar Ahmadi, is still missing.

Child’s Smile will be next to Haidar to provide psychological support and everything else. 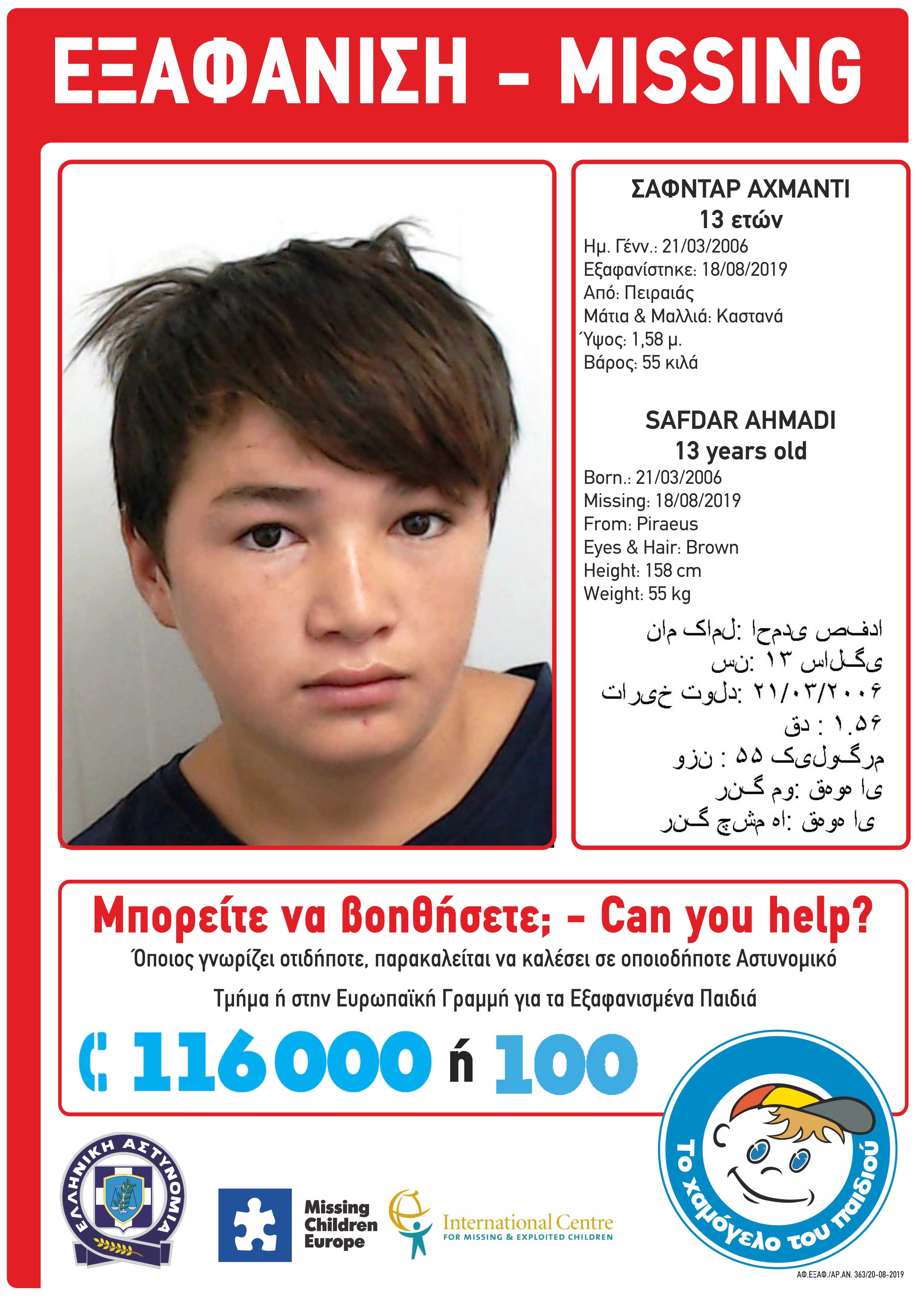