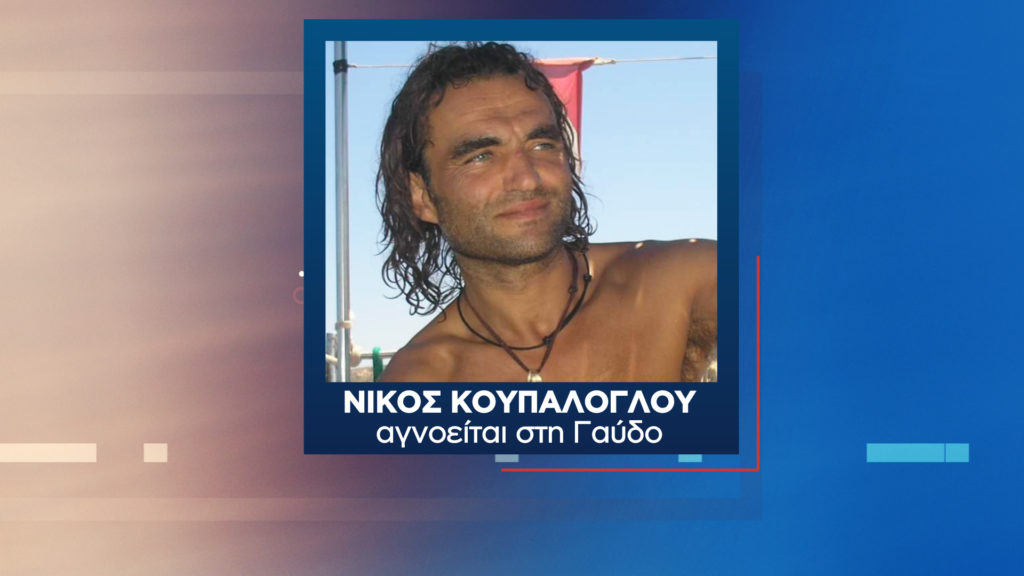 The disappearance of an Athenian in Gavdos remains a mystery.
Share

Nikos Koupaloglou, 52, father of four, disappeared at noon on Saturday, July 13, 2019, from the island where he was living.

He worked as a fisherman and diver, while he was also a very good swimmer, as he had previously served in the Underwater Disaster Unit.

His clothes were found near the shore of Lavraka beach in Gavdos. However, his friends consider it impossible that he drowned in the sea and are still looking for him.

His mobile phone and personal documents were found in the accommodation where he lived on the beach he went missing.

“He only had friends…”

The friends of the missing man, in an attempt to find out what happened to him, were mobilized from the first moment. As the investigations carried out by the Coast Guard, the Fire Brigade and the police were fruitless, they decided to turn to the “Tunnel”.

They speak of a generous and proud man, who would not cause any problems, nor did he have any differences with anyone.

“Nikos was coming to Gavdos with an inflatable from Frangokastelo, where he was based. At first he was coming and going, but then because he liked it so much, he decided to settle here. Searches were carried out mainly at sea and not on the island. I do not think he may have drowned because he was a diver and generally a very good swimmer. We were like brothers. I knew him well and he would never hurt himself,” said a close friend who runs a cafe on the island.

Nikos Koupaloglou has a height of 1.73, blue-green eyes and auburn hair. The disappearance was reported to the police by his friends.