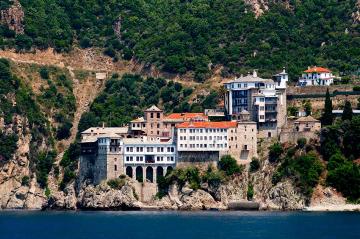 The adventure of a Russian tourist who went lost in Athos, ended in the most pleasant way.
Share

The 55 year old man was found on Saturday August 20th in Halkidiki.

As he said to the Authorities, he got lost and eventually took the ferry to Ouranoupoli.

He went missing two days earlier when he had begun ascent on Mount Athos from the Cloister of St. Anne along with other compatriots.

He stopped at the shelter which is at 1500 meters altitude, while the others continued.

When they returned they did not find him, nor the shelter nor the hermitage and immediately alerted the Police.