Land and sea surveys to locate an elderly person with health problems.
Share

Evangelos Tzouvelekas, 81 years ld has been missing since the afternoon of Friday, July 24th, from the Almyros area in Ierapetra.

According to information, around 5 ο’ clock, he decided to go down to the beach alone for his daily swim riding his motorbike. He parked the motorcycle, took off his clothes and entered the sea. About two hours later, according to local fishermen, he was seen wandering the beach wearing only his underwear.

According to what the missing girl’s daughter told to “Tunnel”, the elderly man may have been looking for his clothes and lost his orientation.

His clothes were finally located about 200 meters away from the place where the missing person had parked his motorbike. The relatives and the police found the keys of the two-wheeler inside them.

Evangelos has dementia, something that worries his family. Immediately, investigations began both by the police of the local Police Department and by the Coast Guard with boats of the L.S. 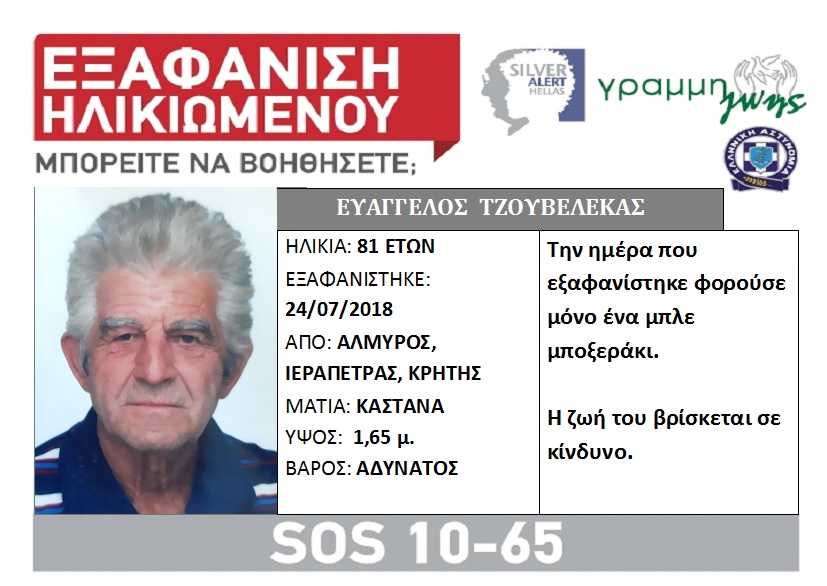