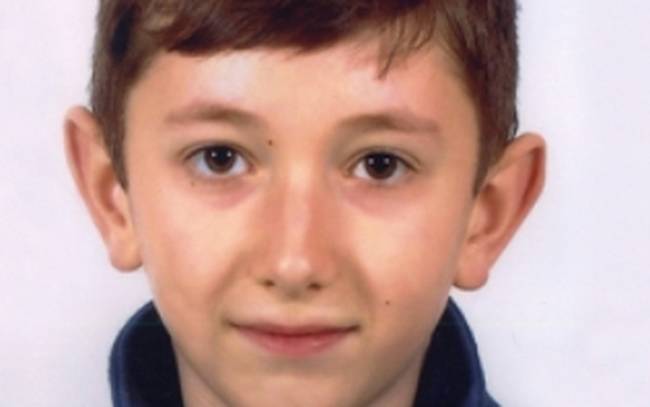 It is one of the most horrific cases of crime in our country, and even at the expense of a young child, whose body has not yet been found.
Share

Angeliki Nikolouli enlightened the thriller of the 11-year-old Alex for who  the local persecutory authorities of Veria were initially mistaken and lost  valuable time so the perpetrators wiped out his corpse.

With her stubborn research, the journalist has managed to bring before the Justice those responsible for this hideous crime and with her constant testimonies to the Special Investigated Appeal Court and the court, they convicted .

The chronicle of the case


The 11-year-old student Alex Meshisvili from Georgia, who was living with his mother  in Veria, disappeared on Friday, February 3, 2006, between 7-8 o’clock, from the Elia- Anixi  area of Veria. There he was last seen by friends and classmates. He left the basketball coaching at Olympia indoor gym and his destination was his stepfather shop.

Then he would go to a painting lesson at the House of Arts and Letters. The research of the show showed that the little one at that time was troubled by the rejection of a group of his classmates, who often were  beating him  It was in fact one of the first cases of child bullying that became known by Tunnel with the most tragic results.

Forty days after the disappearance, Angeliki Nikolouli, in her research in Veria, testified the action of the group of unscrupulous minors against other weak. She found one of the five “hard” students and understood from the dialogue  that the children were responsible for the disappearance of the unfortunate Alex. She immediately informed the local Police , but the version of the journalist was considered by the  commander as extreme, so  no investigation was made and valuable time was lost in wrong investigations.

The group of violence consisted of two Greek children brothers, an Albanian, a North Epirot and a Romanian. Their ages at the time were, from 11 to 13 year old. The five children later confessed for  the student’s fatal injury. The second  mistake of the Authorities was that they did not keep them away from their environment, with the help of the Prosecutor of Minors and Special Psychologists, until the little Alex’s body was found. 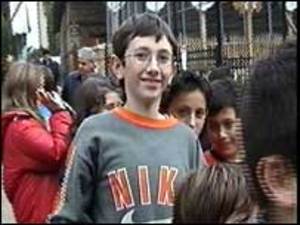 Ample light from the research of the “Tunnel”

Journalist Angeliki Nikolouli had spoken to residents, teachers, Alex’s friends and classmates, and had followed all the possible paths of the student that fateful night. She conducted an investigation in Germany and Georgia where the police believed that Alex was . She found his uncle in Germany, grandmother and father in Georgia and proved that the child had not been transferred to these countries. After this evolution again led to the investigation at Veria’s square where Alex was last seen and then the edge was found.

A teacher revealed that the children’s gang had annoyed and threatened him that night. It turned out that the children of the violent group had moved that fatal night on the road that Alex would follow. And yet this fact was concealed by one Greek when Angeliki Nikolouli who asked him about it. After the official’s testimony, the reporter insisted on her research. She traveled sever times in Veria and found children and witnesses.

Shock was caused by the revelation of a friend of the Greek family. The woman at night when Alex was fatally struck by the children’s gang was found in the house of the Greeks and she heard the younger one talking in his sleep.  He cried “the child died, he died. Call my grandfather … ” The mother and grandmother of the Greeks at house, did not care and did not worry, even when the next day  Alex’s death was publicized. It is consider certain of their surroundings, that they were informed the same night and their grandfather who helped his grandchildren, since he was their guardian.

As a result, the team of the “hard ones” was divided into two, and the little Northern Epirot  revealed  to Angeliki Nikolouli everything that happened the night Alex lost his life. The child, with the help of the journalist, moved to Athens away from the rest of the gang that terrorized him to take back what he had filed to the authorities.

As the child revealed, Alex was fatally injured after a quarrel with the company in the city center near the Town Hall.

The children who tried to cover up the crime, transferred him to an uninhabited house and left him helpless to die in the snow. Two days later, they put the dead child on a stroller, covered it, and transported it to the Barbuta River where they left it. They have probably extinguished the corpse of adults from their environment. The developments that followed were pervasive.

Angeliki Nikolouli  testified to the Special Investigation Officer in Thessaloniki and the Court of Justice. She also persuaded other families that their children had received extreme attacks from the same group, appearing and testifying to stop the terror in Veria.

The children were found guilty of the Thessaloniki  Juvenile Court and, in accordance with the Minors Act, they were subjected to reform measures. The offense that bothered them was the felony of unplanned, fatal bodily harm and the corruption of the dead.

In 2011, the grandfather of the two Greek children of the “hard” group who knew what had happened at the time, was sentenced by the Three-Member Complaints Court of Thessaloniki to a four-year and six-month imprisonment for serial infiltration and for a continuous martyrdom. The parents of the members of the hard group were sentenced to 12 months imprisonment with suspension as they were found guilty by the Solidarity Court of Thessaloniki for the offense of neglecting the supervision of minors. Only the Romanian mother was acquitted because she had requested the help of the authorities for her son’s delinquency.

In January 2014, the Veria Multi member Prosecutor’s Court awarded  Alex Meshchvili mother,  Natela Isuaidze, the sum of 150,000 euros as compensation for the mental suffering  from the loss of his son.

The court sentenced a total of 11 out of 13 defendants, parents and guardians of the five minors who were found guilty of the 11-year-old Alex’s death on February 3, 2006, who were summoned to pay that amount.

However,  dismissed the lawsuit for Romanian mother and one of the three brothers saying they have no objective responsibility.

The minors and adults involved in this crime did not reveal where was the corpse of  the unfortunate child.

The scenarios that “collapsed”

Some argued that Alex was a victim of pedophilia. Others that the one who  killed him  removed his organs and some other voices said that the child was alive. All of this has been deeply investigated by  Tunnel since the start of the investigation, but no evidence emerged. The people who supported these versions were summoned by the judicial authorities to give their details, but what they claimed fell into the void. 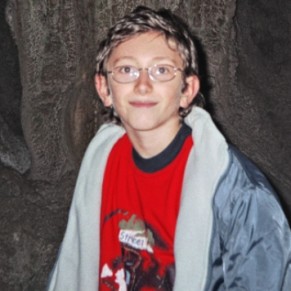 “We would threw him dead in his mother’s arms”

Nine years after the horrible murder of little Alex with her tragic mother, Natalie Isuaitze, has not yet managed to find out where her  son is, Angeliki Nikolouli, revived this case with the testimonies ofthree former members of the “hard” group of Veria, who spoke to “Tunnel”. One of them, the North Epirot, appeared regretted, apologized for Alex, and addressed to  pupils, gave his own message.

He argued that joining a group with violent behavior makes you feel strong, but if you decide to leave, you are overwhelmed by the fear of the threats that you accept.

The only way to escape from such a vicious circle is to come forward. To his parents, to his teachers, and even to the Police, if necessary, as he said.

However, the shock and the utterance of Albanian, which showed no regret, caused shock. He spoke to the  journalist in a very hard way ,  admitted that he was in our country illegally and with out hesitation  he said that if the cops want to go and find him. His words were shaky:

When Angeliki Nikolouli asked him why his hatred and rage hid in his words, he replied that his life had been destroyed, that no one helped him and accused the North Epirot  who confessed  the murder of Alex. Angeliki Nikolouli reminded him that he had also confessed that everything happened while they were playing . His answer was: “This what I was saying then, now I say different” …

The reporter found in England  one of the two Greek children  who has a different life style, deleting from his memory all that had happened then.

“Alex case has never existed for us,” he said in an incredible audacity to the reporter.

The confusion with the bones of an unknown person in Rapsmomaniki

In 2014,  Tunnel revealed that an exporte in the village of Rapsomaniki, Imathia, near Veria, found  in a grave the skeleton of  a young person  without clothes and a coffin. He informed the ecclesiastical commissioner, but not the police. Immediately he buried the bones elsewhere in the cemetery, even putting a mark on it. At the same time, Alex’s mother had discovered an anonymous comment on the internet that Alex’s body was buried in the same area.

The investigation that followed did not reveal the bones. However, testimonies have come about confirming that they have indeed been found in the cemetery. In fact, there were also policemen from Alexandria Department at the time, but they did not send them to the forensic.