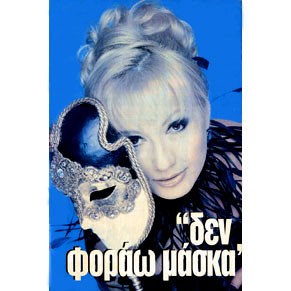 An absurd situation was suddenly presented and all of us, the viewers, are astonished!
Share

An absurd situation was suddenly presented and all of us, the viewers, are astonished! Actors of the political scene scream and anxiously try to find the new leading actor who will set the new play. The tickets have already been sold. In the front row, blue-red-yellow children of the politics are delighted because of the big event that is being prepared backstage and are going to enjoy in a little while…Somewhere behind the curtain, the trembling voice of the leading actor is heard saying ”I MISSED MY ROLE, HOW AM I GOING TO ACT NOW”? The powerful people of the politics take out of their pockets a role and set it in front of the leading actor so as to read it and learn it. Many of them would wish to throw it at his face because this ”amateur” could almost destroyed their play. And there he is again on stage, reading the role that someone else wrote for him. And he is acting… WITH A COUNTRY THAT HAS BEEN RAPPED…WITH THE VIEWERS THAT HAVE BEEN EXHAUSTED… And behind the curtain the green advisers applauding…THEIR RIDICULOUSNESS…And there at the front seats, the blue-red-yellow children of politics go mad… BECAUSE THE PLAY HAS CHANGED. And magically overnight, the small actors impose themselves and try to take the role of the leading star. They have read the script very well… AND THE SHOW BEGINS… And what about us? Are we going to be just viewers or THE LEADING STARS IN A PLAY OF OUR OWN?

*My friends, what do you think the background of the recent political events in our country is? AN EMBARRASSING THEATRICAL PLAY FOR ALL OF US.