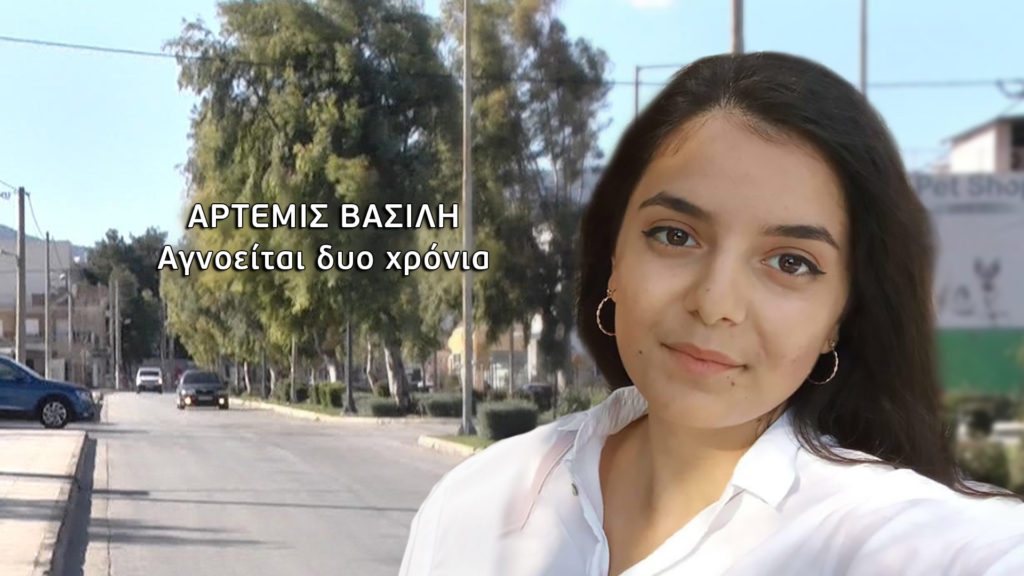 On the evening of Friday, November 11, "Tunnel" again turned on the light on Artemis Vassilis' thriller.
Share

Two years after her disappearance, an important testimony gave a new twist to the case.

The witness directed the search to the beach of Agia Marina, where he saw the missing 19-year-old the day after her disappearance. She was sitting alone in a gazebo, lost in her thoughts.

At this particular beach she used to go swimming with her friends, as they revealed to her family during the live show. She had also gone there with her ex-boyfriend, before he rejected her and deleted her from social media.

“I had been to Agia Marina…”

He himself spoke to “Tunel” about their meeting. Clearly irritated by the show’s investigation, he didn’t seem particularly eager to help and limited himself to the following:

“Once I went to Agia Marina for a swim. I said whatever I had to say. If I could help, I would have. End. At the time Artemis went missing, I was inside the camp. I was a soldier in Alexandroupoli.”

The prosecutor has the floor…

The prosecutor to whom Homicide handed over the case file will decide whether to continue the investigation with the new data or to file it.

The father of 19-year-old Artemis Vassilis appealed to the judicial officer not to abandon the case and to examine her ex-boyfriend and his entourage, who, as he pointed out:

“They have not yet told the truth.”

They believe that someone from this environment must have made an appointment for her that afternoon on Friday, October 16, 2020.

The girl was waiting for a while at the 2nd stop of Attica, when her relatives saw her. It seems that something went wrong and she turned off her cell phone in frustration and headed to Agia Marina.

In “Tunnel” an important witness spoke, who saw the missing person for the last time before her traces were lost forever. She is sure it was Artemis.

“Artemis definitely stopped at the 2nd stop of Attica, because I saw her that afternoon too. From where the line 330 that goes to Agia Marina and 308 that reaches the Mint, which you had researched on the show earlier, passes. I don’t know which bus he got on. I just saw her sitting on the bench of the station, cross-legged and looking at her mobile phone. I recognized her because she is a distant relative of mine. She was alone at the stop,” he said.

“I wish even now that he is found. Give the answer, whatever it is. Let’s all calm down and let the case not remain in the dark”, he concluded.

From the beach of Agia Marina, where the witness claims to have seen the 19-year-old, the family’s lawyer, Anastasios Dugas, spoke to the “Tunnel” camera.

“The witness who is available to the authorities, talks about the day after the disappearance, Saturday, October 17, 2020. He saw Artemis sitting in the gazebo (points). It’s a beach that used to come and it’s not something that many people knew about nor was this location publicized. The description matches the clothes she was wearing on the day she disappeared. She could easily come here, as there is a connection from Koropi with bus 330. She would take it from the 2nd stop of Attica, where she was seen waiting,” he said.

“Artemis was here with a certain person…”

“Artemis has come for a walk on the beach of Agia Marina with a certain person, some time before her disappearance. It is a familiar place for her. The question is what led her to leave the house on October 16, to go to this stop, where the last camera records her. We are sure that he had made an appointment with someone that day to meet. She received a call on Viber, went to her room, talked and left happy,” said the family’s lawyer.

Mr. Dugas emphasized that there is someone who knows and has not revealed the truth.

“Artemis can’t have staged the perfect disappearance. He could not have confided in certain people certain things. Surely someone knows and is not talking. A particular witness we have pointed to in Homicide, has not been telling the truth from the start. To come out and say exactly what happened. He knows things and situations about Artemis. He is the last person who had contact,” he concluded.

“I have nothing to do with this…”

The show located and spoke with a relative of the 19-year-old who, according to one source, had seen her on the day of her disappearance. However, she denied it.

“This is not the case. I was at work and didn’t even know about the disappearance. I found out about it later. Our sympathies are with her family, but we have not spoken to Artemis. I have nothing to do with it. I hope she is found because as I have heard, she was a very good girl and quiet. I’m a mother too and I understand…”, she told the “Tunel” reporter.