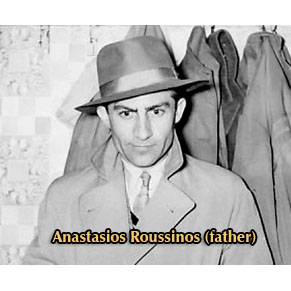 Andromachi and Leonidas Roussinos are looking for their older brother.
Share

In 1950 their father Anastasios Roussinos, was working at his brother’s restaurant ‘Nea Panathinaia’ in Kifissia. He had an affair with a young woman who was working as a house keeper at the same area. Two years later, they separated and he left to serve in the army without knowing that she was pregnant. After a while Roussinos got married to another woman and around 1962 he was with his new family when he came across a woman who was holding a little boy and a little girl. Roussinos and the woman had a quarrel and she turned to the little boy saying: ‘This is your father’.