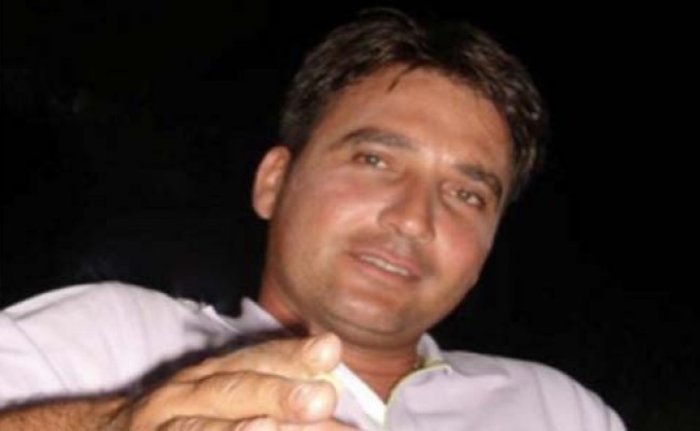 Friends of the victim spoke on the show and revealed what he had been told before he died. He faced financial and family problems and was in a stalemate.
Share

The captain’s friend and owner of the house where he was shot and even with his own gun spoke to Angeliki Nikolouli.

“In my house and with my gun?”

The two friends had spoken on the phone that morning around nine. Victim had said he would not go to work because he did not feel well. About two hours later he saw him passing with his motorbike in front of his workplace. He greeted him but the captain did not respond in the usual warm way, nor did he stop talking to him. That seemed odd to him. He knew that lately Thanasis was facing financial and family problems.

During the midday he went to his house to feed his dogs. First seen  Thanasis’ motorbike to the spot where he always left it. When he saw a broken face in the side of his yard in a pond of blood with the revolver in hand, he began to shout because he did that. It was the first thing he thought that Thanassis wanted to end his life.
As he told the reporter he did not know what to assume, nor could he answer the question why all this happened in his home and his gun.

“If it is murder, it happened quickly and in a rough way. If there is an actor, I wish that the relatives of Thanasis were to be restrained and an end to be given to them about this story. A lot has been said and people have been stigmatized, among them. It must erase this from us, “he stressed at that time.

What the expert said

Forensic analyst George Rastogiannis in his telephone call with Tunnel, said all the elements were leading to a criminal act. As the removal of one calyx from the reel mill implies an offender intervention. The wounds gave the snap image, possibly for the claim of the weapon. According to his estimation the first shot was in another place and probably the perpetrators were more than one.

“I was still breathing when I covered him with  a blanket”

Witness and friend of the victim found at the crime scene when  Thanasis Lambros was still alive, described to Angeliki Nikolouli the agony of those dramatic moments. His friend and owner of the house noticed him. When he arrived, Thanasis fell down in the blood with his right hand covering the deadly weapon. Further on, there was a kitchen knife, the sweatshirt and the cardigan that wore the victim with their arms outstretched. He asked the owner of the house, who was calling for an ambulance at that time, who would find a blanket to cover him because he was still breathing. He told him and ran inside the house. The door was open and the inner space did not testify to a quarrel.

As the witness told Angeliki Nikolouli knew the victim very well and was aware of the financial problems he was facing. He could not understand what had forced him to leave that fatal morning from his house  without taking with him his handbag.

“What Thanasis told me before they find him dead”

A close friend of Thanasis Lambrou spoke to “Tunnel”. He had been told that he had serious financial problems lately, despite being hardworking and having a good job. According to the witness, the problems arose from poor financial management of his wife. But what was more of a concern to Thanassis, he said, was the problems he had in his home lately, but he did not decide to separate because of his daughter. He himself transferred to  Tunnel that before Thanasis found himself murdered, he had become a big fuss in his house that had been heard throughout the neighborhood. “I do not know why they are afraid of the village and they do not speak,” he had said at the time, and mentioned the first rumors that were heard in the Valley when the captain’s death became known. “There must be no other lies. Surely some know and they have to talk, “he said.