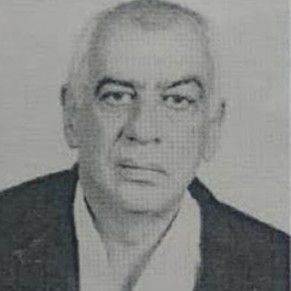 Near the "spider"-woman which literally froze the retired seaman in Kallithea, are the authorities.
Share

In the hands of Police is one Bulgarian friend of the 45-year old Anelia Alesantrova, who allegedly planned and executed the murder ofher former husband Vasilis Kokkinis into her house in Kallithea, on Evaggelitsrias Street in mid-January 2015.

Bulgarian friend of the “spider” woman was detected in Athens and was brought to the Police as the “middlewoman” of the case. Like all show file will be formed at the expense of complicity in the murder in the case of 65 year old retired seaman, whose body was discovered a year after his disappearance, in a fridge – “trunk” in the apartment of his former wife.

All this time no one realized that the 45-year old Bulgarian – Roma had fled to her homeland. Not even the owner of the apartment she rented, who pay himself the PPC accounts! This resulted not cut the power and the freezer with the corpse of a man, to function properly!

Bulgarian considered by Police that brought together the cunning Anelia Alesantrova with another or other foreigners who would undertake on behalf of her the assassination of her former husband. After that like all shows, she got undisturbed their child and the property of the retired seaman.

“Tunnel” had come in contact with Bulgarian journalist who investigated who on behalf of show searched an address in Varna and a phone that supposedly corresponded to Anelia Alesantrova. As revealed by the show, the Bulgarian authorities knew where is Alesantrova but waited the Greek authorities , for the necessary actions.

Soon expected developments as already initiated procedures to issue international arrest warrants, and possibly the next days to have official notices by Greek Police for this sensational case.