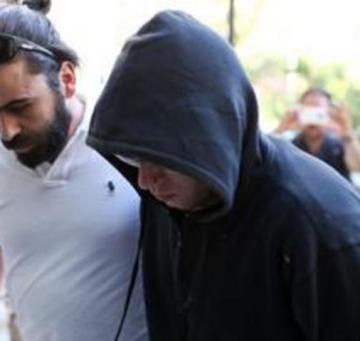 The way to the prison took the alleged "rapist" of Maroussi by unanimous decision of investigator and prosecutor.
Share

After his brief apology on Monday morning to the investigator, it was deceded to go to prison.

Parallel it was ordered psychiatric expertise examination and for that reason Manolis- Efthymis 30 year old, who is accused of attempted rape, first he will transferred to the psychiatric hospital of Korydallos Prison and the at Tripolis prison.

The accused confessed the six attacks and through his lawyer Dimitris Raptis apologized to his victims.

Mr. Raptis argued that his client has nothing to do with the murder of Eleftheria Agrafioti in the basement garage of the supermarket in Maroussi.

The rapist walks free among us, said the lawyer. He referred to the psychological problems the accused is facing and that the aim of the attacks was not to rape women, but to reduce the female gender.