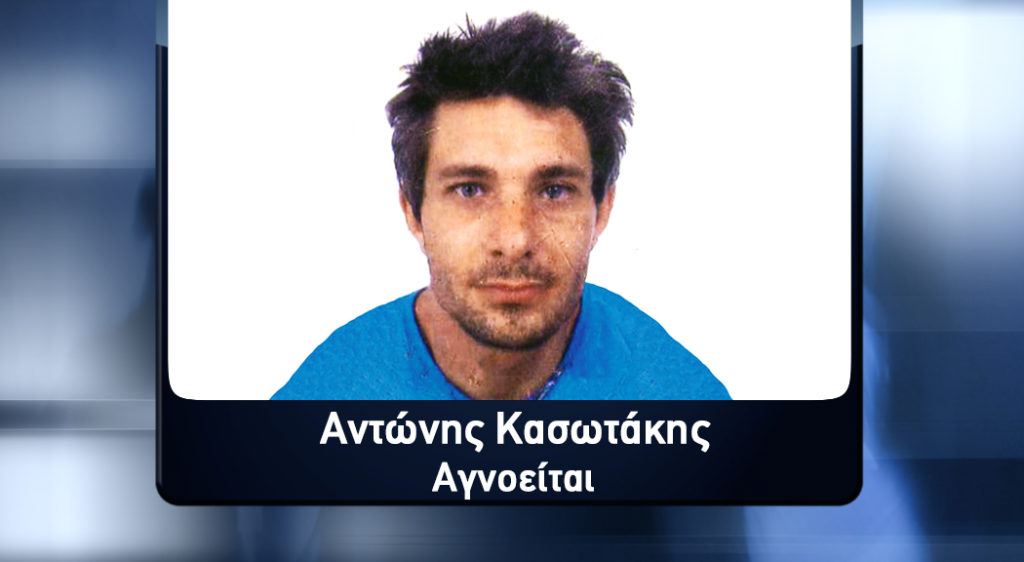 Following the revelations of the Tunnel, important developments have been launched in the case of the young man from Rethymno.
Share

Following the complaints of the mother of the 31 year old s  Antonis Kassotakis, which mysteriously disappeared in March 2012, the General Attorney of Rethymno was informed and a mandate was given to start a new round of preliminary investigation.

On the morning of Monday, November 27,  Anastasia Kasotaki mother of the missing man testified at Rethymno Police.

Also  those who are involved in the case and have come to light from the broadcast research will  be called.

Following the statements of the parties involved, it is expected that bank secrecy will be lifted in order to determine whether Kassotakis had a co-beneficiary in his bank account the priest with whom he had close relations ships before he disappeared and from whom the sixty thousand euros had been taken from the bank.