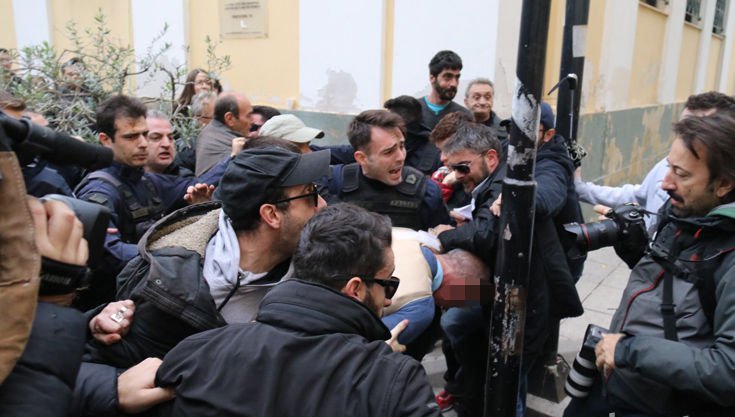 With paper towels he wiped the blood of Dora, threw the bloody blouse and knife and left to collect twenty euros...
Share

Shocking are the revelations about the cold-blooded slaughter of the 32-year-old tax collector  in the 2nd Cemetery .

The 58-year-old Greek Armenian went to the cemetery to crash bronze candlesticks on October 18, as he told the police. As usual, he would sell them and with that money, he would buy drugs.

The fateful afternoon claimed he  have seen the unfortunate 32-year-old  Dora Zeberi kneeling in front her friend’s memorial. Next to her was her handbag. He threatened her with a knife and said that she had attacked him so he  tried to grab her. She resisted and then he began to stab her. They began to fight and when the girl started shouting he stabbed her to death.

He left from the point  and shortly before reaching the wall on the back, he wiped the blood out of his hands with two napkins. He hurriedly threw them away. Covered with blood, and without seeing by anyone, he jumped the wall and crossed the rail lines.

After walking for a long time he threw the knife in a bucket. A little further down, in another bucket, he threw his bloody blouse.

Below he was wearing a second one that was left clean. All he cared about was Dora’s cell phone. Having found nothing in her bag he also threw it away. 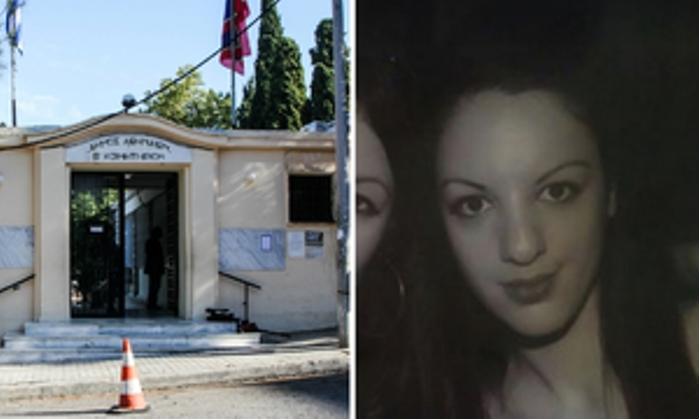 As if nothing was going on, he boarded a bus to go the center of Athens. Next destination was a  shop in Omonia. There he sold the mobile for just twenty euros!

The police officers had investigated the bins and wells within one kilometer of the Cemetery, without locating the bloodstained objects. The actor claimed he did not remember exactly where he threw them.

But they had already spotted cigarette butts and the two bloody napkins. The genetic material of the perpetrator did not arise from the girl’s nails, or the yaks, except from the two napkins with which he had wiped the blood of Dora. 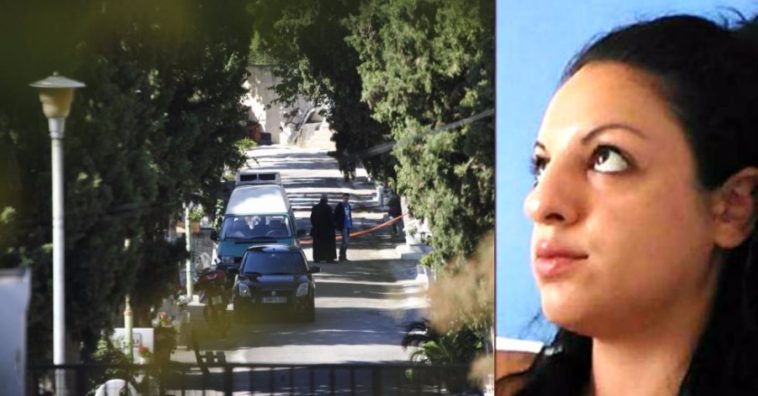 The Authorities, having been aware that the mobile phone was deactivated  at Omonia area , began to investigate all the relevant shops in Omonia, one by one, and so ended up in the particular place where Dora’s cell phone was sold.

Meanwhile, the Department of Crimes had been targeted d more than three hundred people who fit with the profile of the perpetrator. The survey focused on a circle of ten people. When they spotted the store where the phone was sold they received a detailed description and stop-frames from his security camera and so they reached the footsteps of the 58-year-old man.

With this unique photograph of the actor, the Authorities walked to the drug addicts circles, found out where he was staying, followed him for several days and arrested him.

During his examination, he confessed his actions in detail.

The actor was accused for selling drugs and theft in cars, and he was arrested in 2011 for trading and handling 37.5kg of cannabis in Northeast Attica. He was released from the Prison of Chalkida just last May, with the beneficial provisions of the existing legislation.

Assault on the murderer … 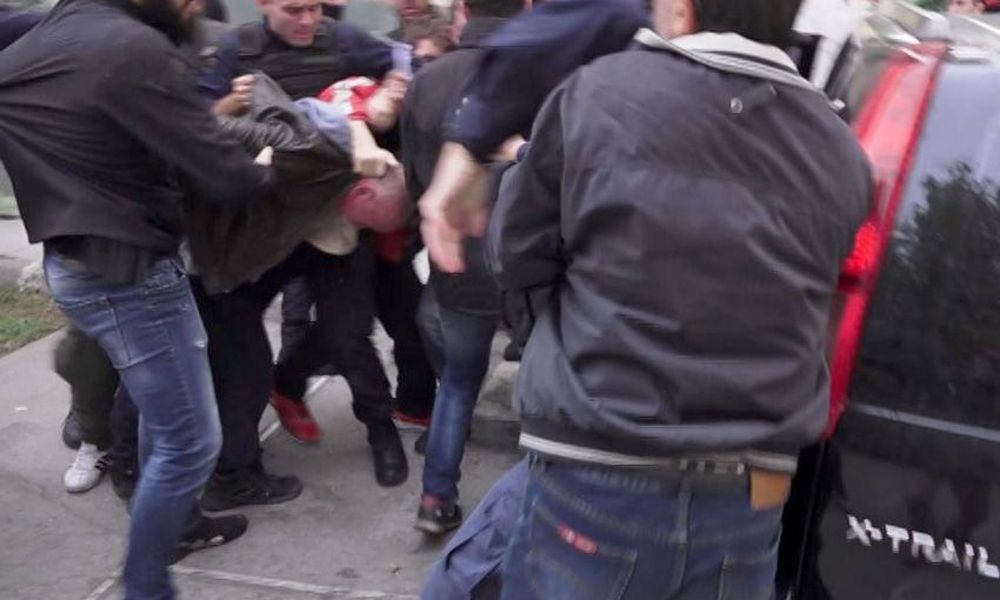 This was the image that unfolded at the Court on the morning of Wednesday 8th of November where the killer of Dora Zeberi was brought to appear to the Investigator.

“Let us kill him. We also have children, “shouted citizens to the police officers who were trying to hold back the angry crowd. 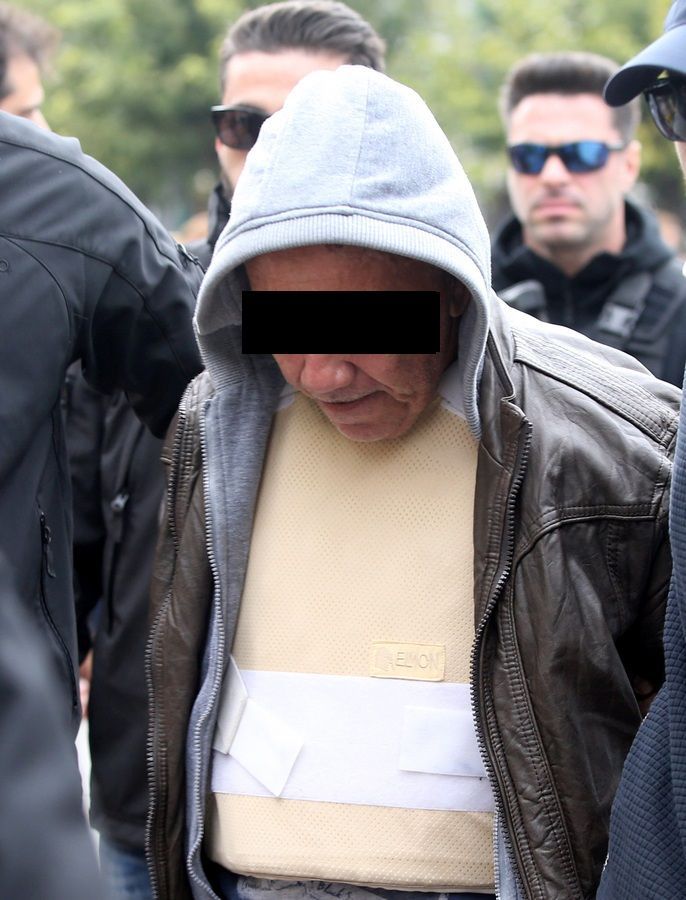 At the departure of the 58-year-old actor out of building 9, panic prevailed. The parents of the unfortunate taxpayer, her siblings but also furious citizens literally broke the police cloak and attacked the accused with violence.

“Death to the murderer,” the victim’s mother screamed. “Let me catch him in my hands … You killed my child …” the father cried.

The policemen who were accompanying the 58-year-old circled him to save the linseed and the beatings, while the car with which the transfer was made had been immobilized by the furious crowd. When they managed to escape, the parents of Dora but also unknown citizens began to hit the police  car  even with bottles! 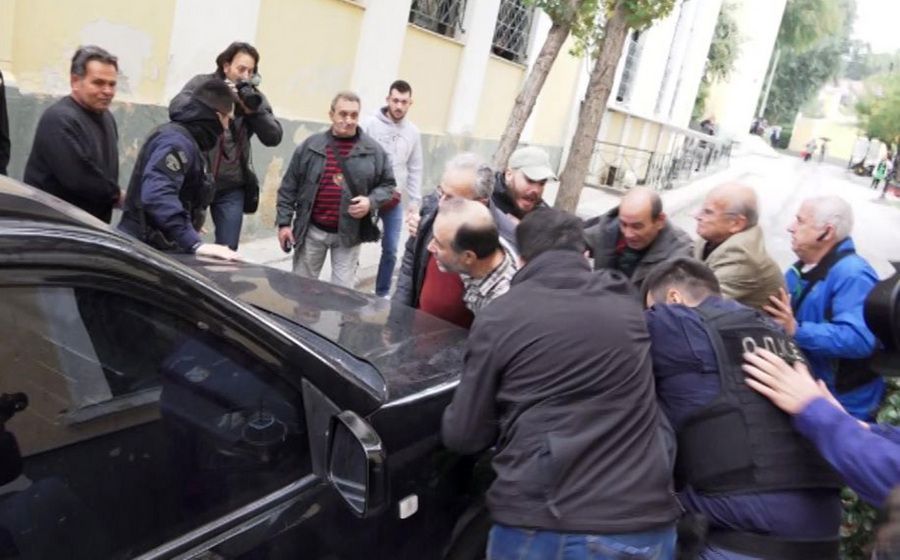 The accused asked for a deadline to apologize on Friday morning, 10 November.

At his expense, a case file was drawn up for manslaughter intentionally in a mild mental state, for a robbery that was particularly hard-pressed and for illicit weaponry-weapons.

Greek Police  presentation of the case

The Director of Attica’s Police, Major General Christos Papazifiris, on Wednesday 8 November, made public the details of the horrific crime that literally froze public opinion. 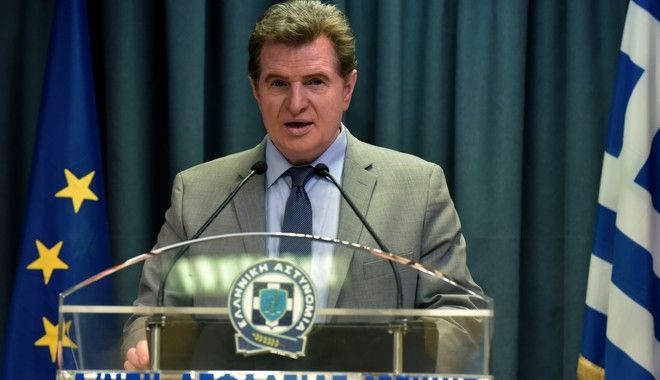 As he said, this particular case created sense to society because of the violent way and the ferocity with which manslaughter was committed.

With a methodical investigation of twenty days, the assassination was cleared by the Department of Crime.

“This is a case that really caused abhorrence and a particular scorn, in total to the citizens. A woman who regularly visited the Cemetery, and in particular the memory of her close friend, who had recently lost his life, was brutally murdered.

It was our duty to the community and the  family to solve  the case, capture the perpetrator, and lead him to justice.  Congratulation to the staff who worked with method and professionalism to get that result, “he said.

Police Representative Theodoros Chronopoulos,  spokesman for the Greek Police, said that a request was made to the Attorney of Athens for the disclosure of the data of the offender and his photographs to all the media and the corresponding web sites in order to identify his participation in other similar violent offenses (knife robberies, handguns, etc.) that have not been reported to the Police Authorities.