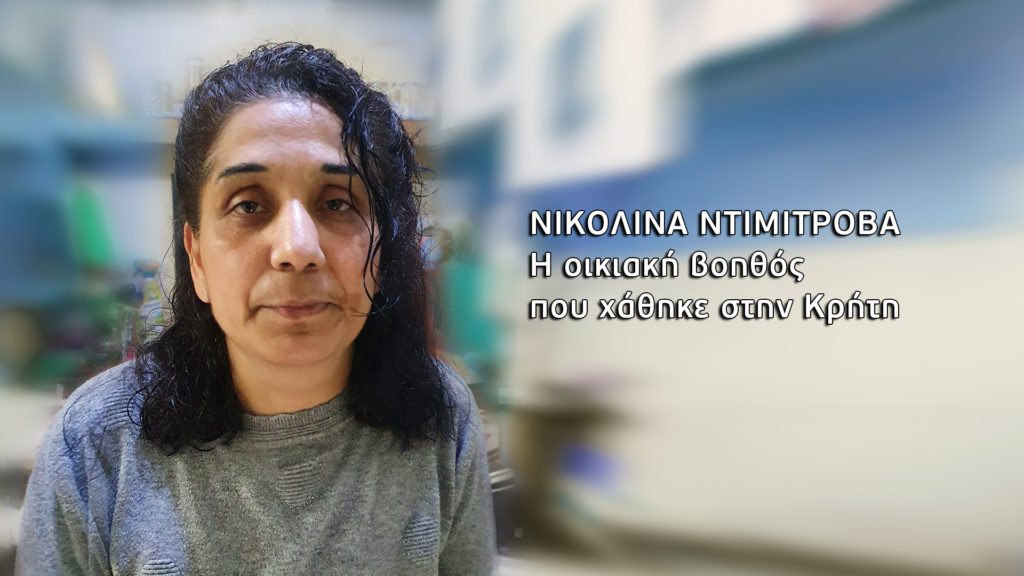 The land of Crete opened up and swallowed a suffering domestic worker, mother of two children.
Share

The disappearance of 52-year-old Nikolina Dimitrova, who worked in Greece for over twenty years, is shrouded in mystery. Her personal belongings were found at the employment office, where she had sought refuge in her quest to find work.

Her traces were lost on Wednesday, June 22 in Heraklion and her mobile phone was switched off at the port of the area.

The last people who saw her alive spoke to “Tunnel” about what happened before and what they think happened to her.

The owner of the office, with whom the missing person allegedly had an argument, also gave her own explanation for the incident.

“There was tension in the employment office…”

The cousin of the missing Nikolina, spoke to the “Tunnel” reporter about what the owner of the office told her and also about the mystery that covers her disappearance.

“My cousin lived for many years in Greece and did various jobs. She decided to come to Crete to be near us, since most of our relatives are here. She had a serious health problem in the past, but little by little she overcame it. She told her cousin who was hosting her in Ierapetra that she was going to Heraklion to work and he urged her to come back if she wouldn’t find something.”

She also mentioned the incident that unfolded with the office manager, however, the version is different from the one she presented to the “Tunnel” camera.

“On the afternoon of June 24, my cousins ​​informed me that they were calling her on her cell phone and it was turned off. I looked for the office manager and she explained that she left her things and then came back there again two days later on Wednesday June 22nd. The owner refused to offer her a job and kicked her out. She insisted that she wanted to work and a small argument ensued. As the manager turned to call the police, my cousin left.”

What’s confusing is whether she went through the office once, as the owner told the show’s camera, or twice as she reported to the missing person’s cousin.

“The office manager, when we spoke on the phone, informed me that her things were there and that we could go get them. We didn’t find anything strange in them, not a note, neither us, nor the police who searched them”, said Mrs. Vasia.

The employer: She came to me upset…

“Some years ago I had found her a job in a village and within a week they called me to tell me that this woman was strange”, she said characteristically.

“Last summer she knocked on my door at 06:45 in the morning. I answered her and she started yelling and demanding that I get her a job. She was banging on the table and I was scared for my husband who is sick. I kicked her out and told her I wouldn’t help her. She came down to my office and left three bags. She told the clerk she would be back in two days. Since then I haven’t seen her again, nor has she called me. It’s a pity because she also has two children”, concluded the owner of the office.

She is 1.60 tall, has black hair and brown eyes, while a Missing Alert has been activated for her disappearance.