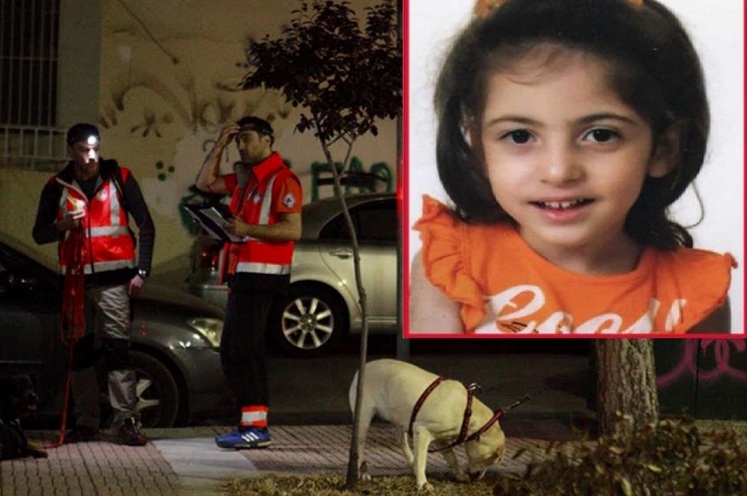 The six-year-old Stella Eikospentakis was found dead in a trash can near her house in Agia Varvara .
Share

The little girl’s body was spotted in a garbage bag shortly before midnigh by police oficcers who were  looking at the area from the morning of Thursday, April 27, when her disappearance was known.

According to information, the girl’s father himself indicated the bucket after confessing his horrific act  after many hours. When the police officers asked him what happened, he said that when he bathed the child in a  plastic basin, it fell and the evil happened.

At the point, a coroner went to see the child’s body . On the morning of Friday 28 April, a necropsy-necropsy will take place to shed light on the exact causes of the unfortunate child’s death.

The 61-year-old retired police officer, who from the beginning did not convince police officers of the conditions under which the child was lost, was at his house  with his baby girl and her twin brother.  The mother of the children was hospitalized in a Piraeus hospital after surgery.

When he went to declare the disappearance of his daughter, at first he claimed that due to health problems, he took medications that caused him a heavy sleep and he did not remember if he had left the front door open. After hetold that he returned late from a visit,  he went to throw the garbage, forgot the keys on the door, and or the kid left alone or someone walked in and took it without realizing it.