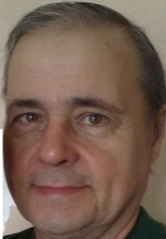 Citizens who were sensitized by the Silver Alert for the fathers disappearance, did found him before it was too late.
Share

Three days after he went missing, was wandering rather exhausted in the area of the Municipal Theater of Piraeus. A citizen turned him over to a passing police car and he is now with his daughters family. Its about the 66 year old Bulgarian Asen Magerov, who got lost on Friday night, March 9th, when he arrived on a bus from Sofia to Athens.

The health problems he faces along with the fact that he suffers from dementia led to his disappearance.

Silver Alert and Tunnels were immediate mobilize and the development was fortunately positive.