Police is investigating any possible aspects regarding the disappearance of the British Cypriot astrophysicist in Ikaria.
Share

Despite the efforts made by the Authorities during the last 48 hours, no trace of her has been found.

A unit of the Greek Police’s Intelligence Management Division with special geolocation equipment has already traveled to the island by helicopter provided by the army. They will try to track the position of the young woman’s cell phone. 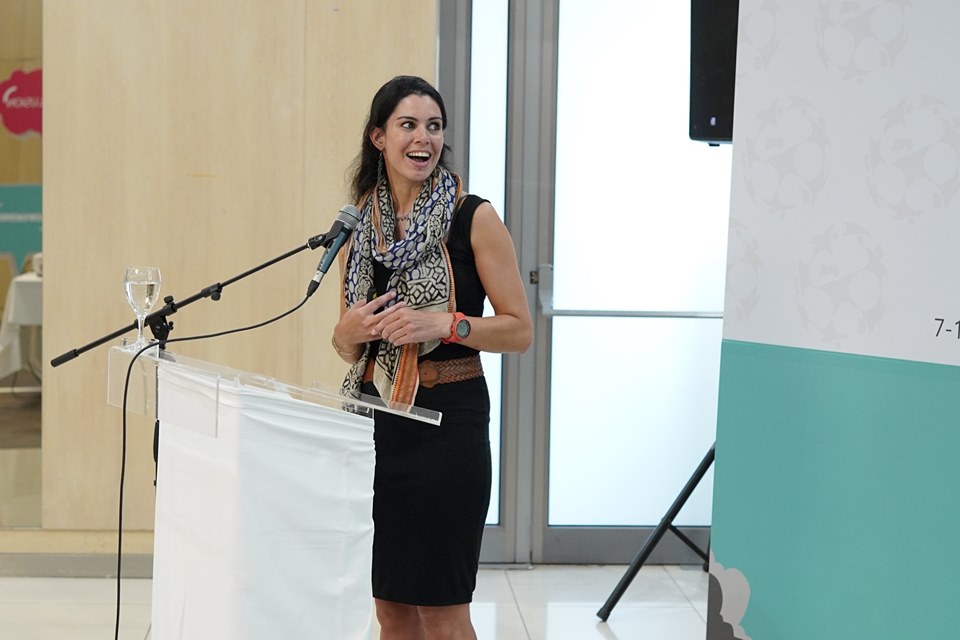 Police experts will try to solve the mystery of her cellphone, which while appearing to be closed by the afternoon of the disappearance day, suddenly on the morning of Tuesday, August 6th, was again signaled by the small island Fournoi just opposite of Kerame, Agios Kirikos area. 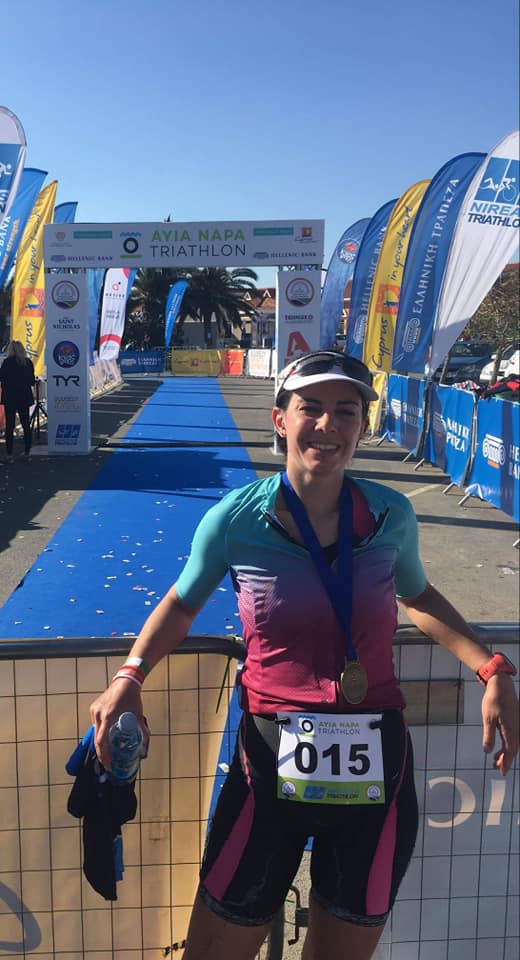 Immediately, an attempt was made by the mobile phone company to track the exact spot, which did not bear any result. The question is whether she opened the cellphone herself – meaning she’s alive – or another person who accidentally found or snatched it from Natalie. 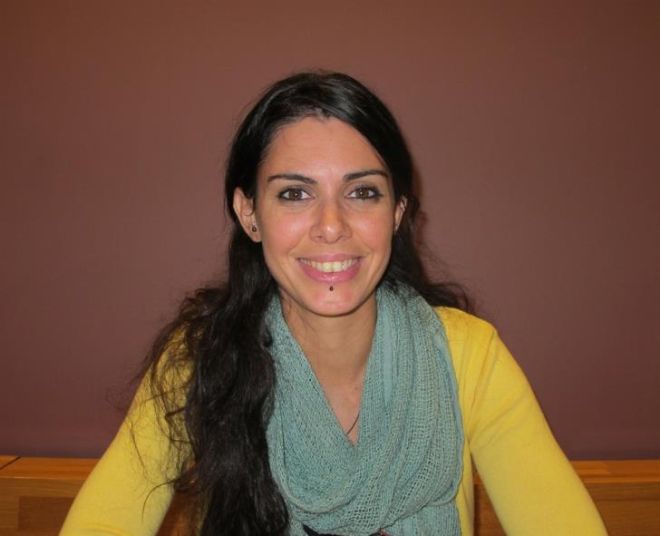 At the same time police, firefighters and volunteers are continuing investigations with the assistance of a helicopter of police in the remote Kerame area, while everyone is showing the astrophysicist’s photo in order to find someone who may have seen her and help locate her. 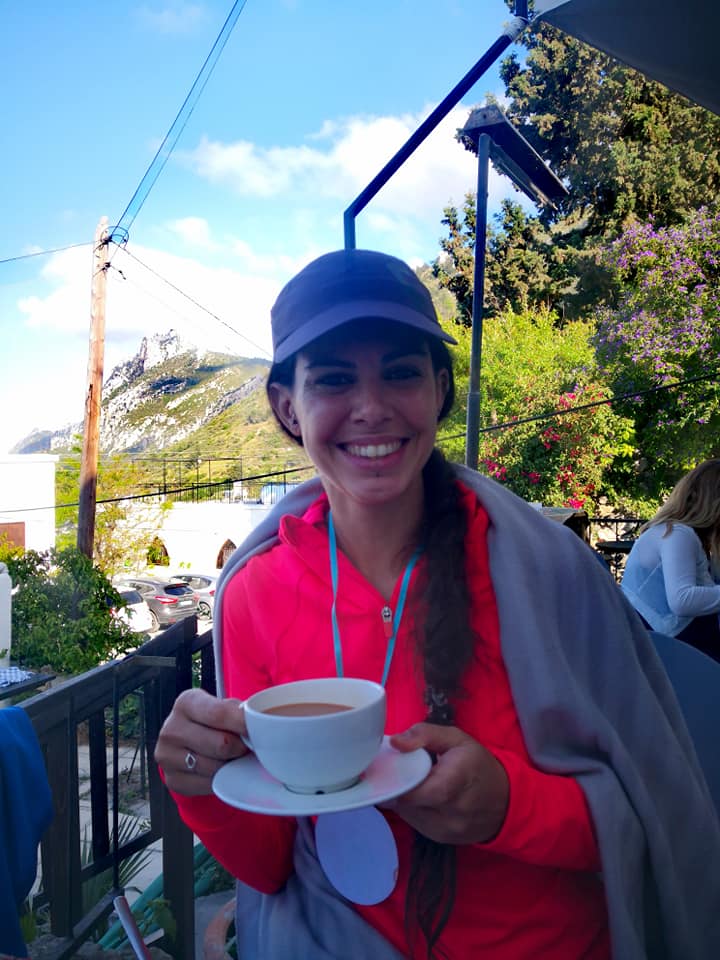 The owner of the hotel where the woman was staying with her partner confirmed the news of the discovery of blood stains in the room where the couple were staying.

“A few blood spots were actually found at three different points. A few blood stains were found on the pillow, in the sheets and in front of the mirror, “the hotelier said.

However, Mr. Theodorakis made it clear that the blood stains do not refer to criminal activity, in his estimation, as they were too few in specific areas.

“It’s probably a result of a nosebleed.”

According to her partner, that morning the girl’s nose had opened.

As the hotelier claims, her Cypriot partner is in shock from the first moment while crying continuously. He is assisting to the investigations of the Authorities and his relatives are reported to have been on the island.

Meanwhile, Silver Alert has been signalled. 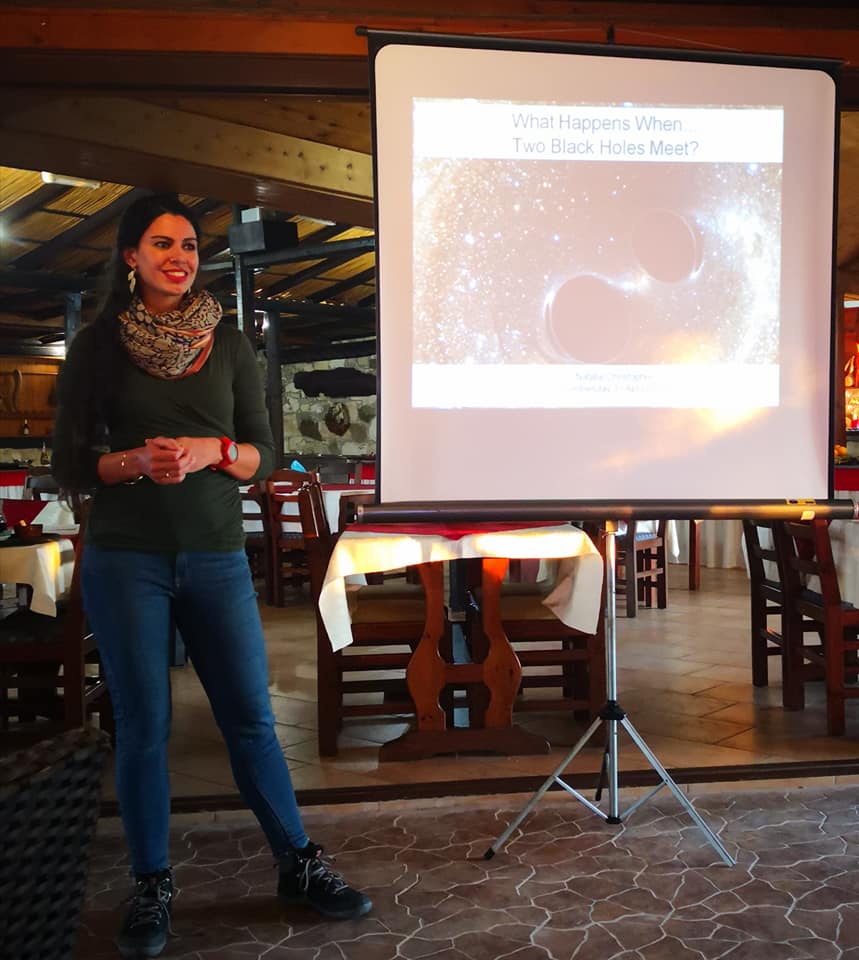 Delighted and thrilled with the beauties of Ikaria, the 34-year-old appears in her latest Facebook post shortly before her traces are lost. Nothing predicted what would happen a few hours later. The astrophysicist’s post was uploaded from the well-known “Seychelles” beach of Ikaria on the night of Sunday, August 4th.

Britain’s largest news agencies are following the case and constantly reporting on the progress of investigations in Ikaria. 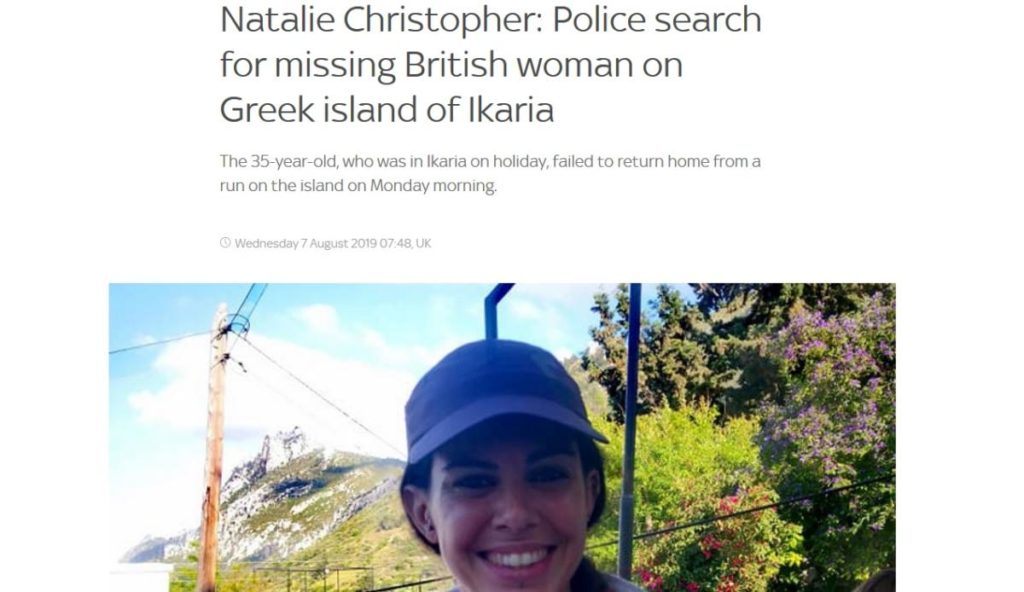 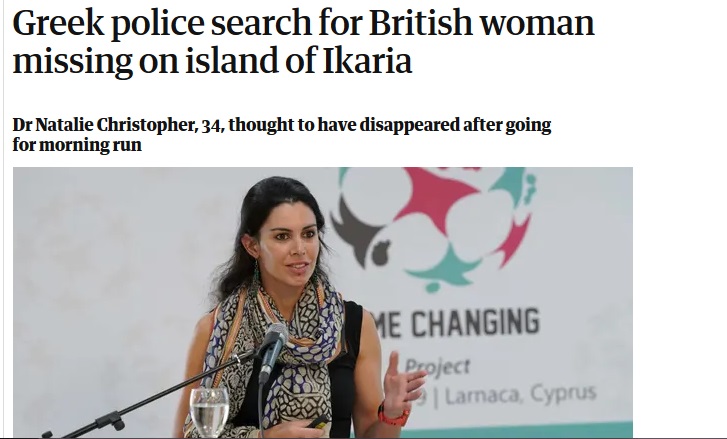 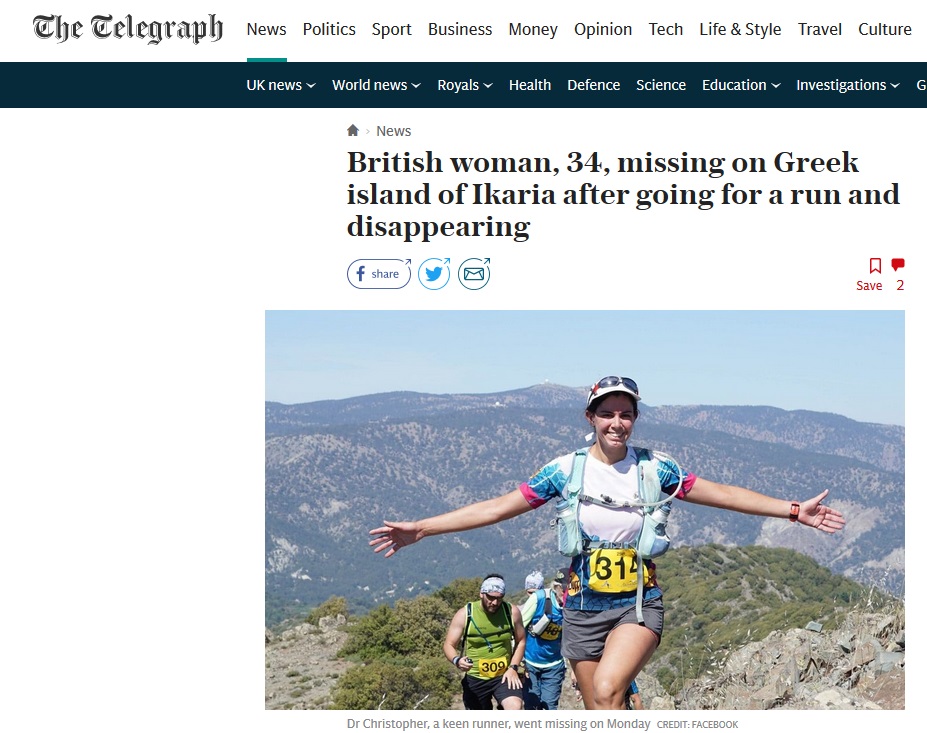 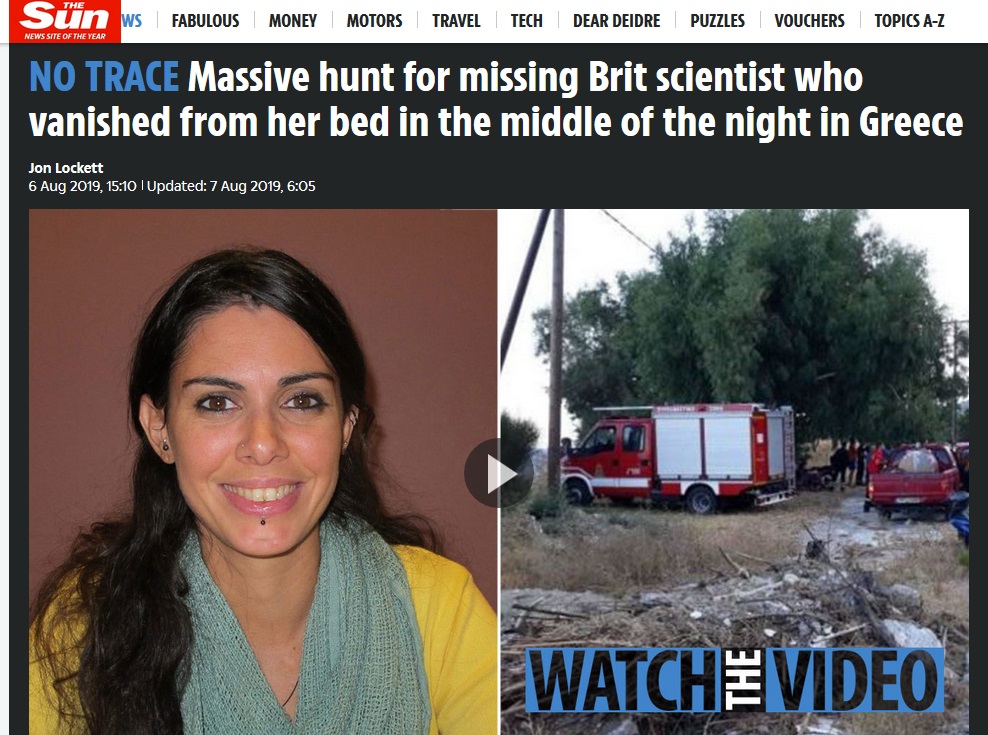