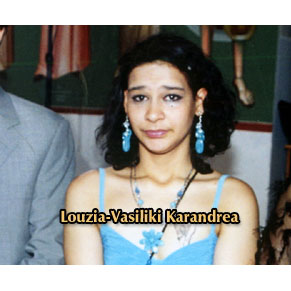 On Friday, February 4th of 2011, "Tunnel" once more shocked its viewers with the disclosure it made.
Share

The camera of the show taped the picture of death of the 26 year-old Louzia- Vasiliki Karandrea from Salamina. At an underground pedestrian crossing situated at the heart of Athens, which is supposed to be used by pedestrians at Pedion of Areos, at the toilets that have to be used by people passing, horror was hidden. The friend of the young, missing mother, led “Tunnel” at the place of revelation…Vasiliki was four months dead, gigantic mice were eating her body, her friend was sleeping next to her under drug influence and nobody from the Municipality of Athens nor the Police had the slightest clue. The revelation made was shocking for the social system that traps its children in drugs and leads them to death. The last living sign of Louzia- Vasiliki Karandrea was on Wednesday, September 22nd of 2010 at the train station of Piraeus. It was where her father took her, as she asked, so as to visit a friend of hers. Her 3 year-old boy lives with her parents in Salamina. Her anxious family came to “Tunnel” to search for her. They were much afraid because she didn’t have her identity with her. The disclosure shocked them. The father of their grandson murdered after an attack and their daughter they adored, dead among rubbish.