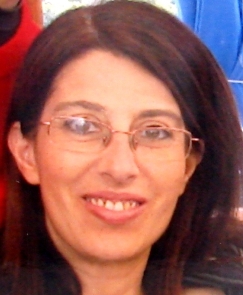 Was she thrown or she herself fell in the sea right from the first days of her disappearance and not the past two months as the Authorities assumed in the first place?
Share

This was resulted from the autopsy that was performed to Froso Dimitrioy-Petridi, who went missing last September in Heraklion. The poor woman was buried in a heavy atmosphere of mourning and anger in Crete. The place of her death still remains unknown along with the question how come the sea washed up her body after so long? Her decomposing corpse was caught in the nets of a fishing boat near the port.

Five months after her mysterious vanishing, which had alerted the Tunnel program and the storys epilogue is written in a most tragic way

Despite the fact, that the sea had distorted her facial features and the port Authorities thought it was the corpse of a young person, her own brother recognized her. The key holder with the good luck charm that she was always carrying, her shoes and her height, indicated to him before the DNA examination, that it was indeed his sister. Especially when he opened the door of her house by using his sisters keys, even the vague doubts he still had, were dissolved. The Authorities believe that the poor womans body had been in the sea approximately for the last two months. But were had it been during the period of the rest ninety days? Did her relative, who went missing as well at the same time and still hasnt been found, kidnap her? Was she murdered and then thrown in the sea or she herself ended her life in that way?

The port Authorities must cooperate now with the Police Department of Iraklion, which has been handling the case right from the very start in order to give answers to the burning questions.

The 44-year-old Froso, mother of two girls, right before her disappearance, had confided in a close friend that she was scared for her life and most particularly that she was being threatened by a relative of her.

The 53-year-old Haris Koymakis, went missing on the same day as the woman, while he was driving his car, a silver Daewoo Lanos with license plate number HKA 6484. A day before his disappearance, he told his daughter that in case he was found dead, they had to bury him in his village and not in the city of Iraklion. Is he responsible for the womans death? Is he still alive or is he dead and he hasnt been found yet? 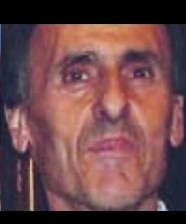 The thriller that took place in Crete seems to be endless