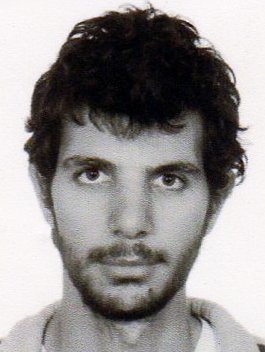 Dead was found accidently by speleologists, Giorgos Politis 26 year old, in a cave 27 meter depth nearby the chapel of Profitis Ilias at Imittos Mountain.

According to testimonials that were gathered by Tunnel, Giorgos was seen moving at the specific area, but no one searched there intensively.

Another testimonial had given back hope to his family who was looking for him, by a person who knew Giorgos, who argued that he had seen him at the area of Glyfada and they have spoken.However, he had confused the dates.

The young and honored student of the School of Fine Arts got lost on March 3rd from his home at Glyfada.

Despite the several distinctions that he had received for sculpture, painting and wood- sculpture, and his honor by the President of Democracy, lately he was seem stressed about his future.

That evening before he left the house, he hugged his mother, kissed her and said to her: I love you mum, dont you ever forget it.

His mother was at Tunnels studio for his search on March 22nd and she said all she heard from his friends. He had told them that if he ever got lost, they could find him at Immitos Mountain.

The shock for the family and his friends was strong. The conditions of his death are under investigation.

The schoolgirl returned to her house

The emotional appeal of her brother during the show and Aggelikis Nikoloulis appeal convinced the schoolgirl to return at her house in Kiato. Georgia Gkioni 17 year old didnt give any sign of life for 15 days.

She left after a fight with her mother about her absences from school.

The involvement of her boyfriend confused at first place the investigations.

Her father in telephone communication with the Tunnel gave his thanks to the show and deeply touched and satisfied from this development, and declared volunteer to the show. 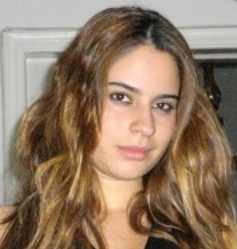 Mixed were the feelings from the audience for these two cases. The messages number that came at the show was impressive.

Tunnels friends expressed their deep condolence to the family of Giorgos Politis, and their exasperation as well for the insecurity that experience the young people in our county. Messages of satisfaction and joy came for the development on the case of the schoolgirl from viewers, who felt the agony of her family as they were part of it.