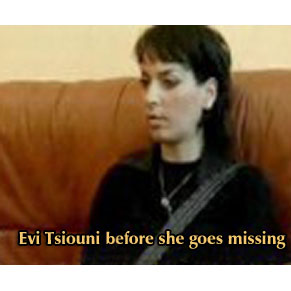 She went missing on 7th of March 2008 from Galatsi of Athens. Important witness spoke about the murder plan for Evi who was a drug addict. Particular persons led her to the world of drugs. One of them is known to the police for other illegal actions. He wanted to kill Evi because she knew too much about his action. A documentary from Moscow was found by the show. German journalists taped Evi in a Russian hospital during her therapy against drugs. This was something that her friends didn’t like because they wanted her weak and disclosed. On parallel, a new important testimony revealed the person that Evi met just before she goes missing. Everything shows that the unlucky mother is murdered. Once more, police couldn’t solve this case, as many others.