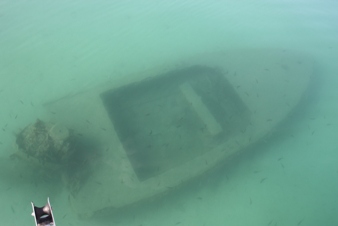 Almost two and a half years after the heinous crime of Salamina with victims Giorgos Bakas 27 year old and the 22-year old Natasha Apergi, new testimonies pave the way for solving the case.

Witness indicated a point near the island Makronisos where was a sunken speedboat. With the photos of thw boat that appeared at the ” Tunnel “, the owner contacted the show and intetifie that it is his. Someone has stolen his his boat the night of the double murder of the couple from a small port near the crime scene on the beach Faneromeni. 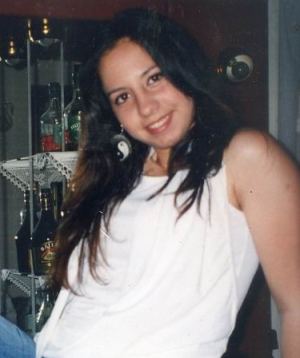 That was the information that another man who is working at the area gave him.

That night he saw and heard a group of people coming out of a car, board the speedboat and removed from where it was. He thought that he was the owner and did not inform the port authorities. Some of the group were left behind boarded in the car and left to an unknown direction.

The second witness, a fisherman also revealed to the show that after the murder of the couplehe spotted a sunken boat to the island Makronisos between Salamina and Megara.

It is believed that this vessel should be carried the dead unfortunate mother Natasha Apergi who was disappear into the sea and after sank the vessel to erase her traces.

This development and the documents that presented are important link in the chain of research. The information are ??available to the authorities to make the necessary actions that will help to illuminate this heinous murder.