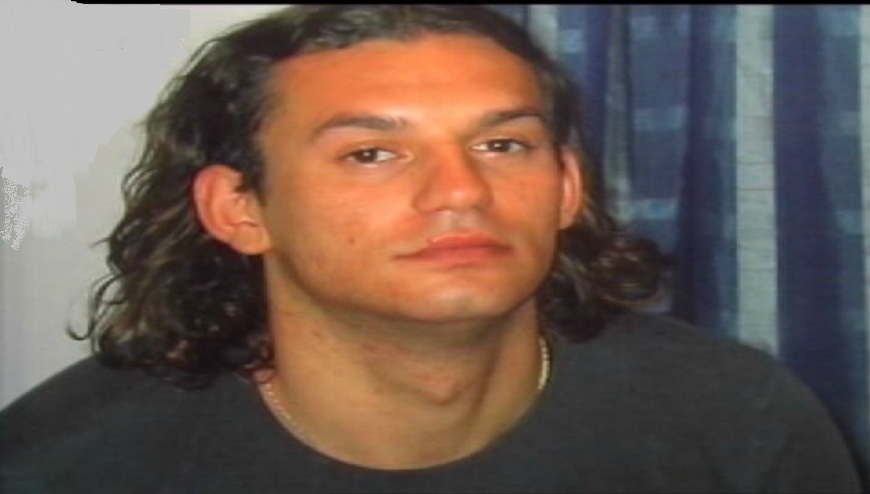 The malfunctioning of the state machine, the inconsistency of the Authorities and the inhumane ways of bureaucracy, have often led the show to be confronted with dramatic human dramas, unthinkable for our modern times ...
Share

This is the one side of the drama. The other that causes chills, leads to fields “sown” with unknown dead, but also to the crucible that the state machine breaks down their right to be buried with dignity.

In the many years of the Tunnel, dozens of families have asked for  Angeliki Nikolouli’s help to look for their missing relatives, who, as revealed by the research, had ended up in unclaimed.

The show on Friday, May 26, presented the shocking evidence of his long-standing research that froze public opinion.

Marios Koussis
“They planted”missing  people in a field …
The case of young Marios Koussis from Arta, which Tunnel brought to light in December 2004, was the reason for revealing the tragic as well as inhumane dimensions to a shocking problem. This of our fellow humans, ending up at the unclaimed  because of the mistakes of the Authorities.
Till now his  mother’s crying voice continues to echo, in a field “planted” with missing persons.
“Look here and there … There are buried people … “
A few days ago she  had been found with her husband in Tunnel studio looking for their child. The information that arrived at the call center from a former forensic service worker gave the answer they were looking for six months in the most tragic way.
The research of the show has brought to light another shocking revelation.
A field in Schisto area  of Korydallos, which it would never bark, was literally “sown” with our dead fellow humans, with no data. Without right to a dignified death, without a farewell from a loved one. 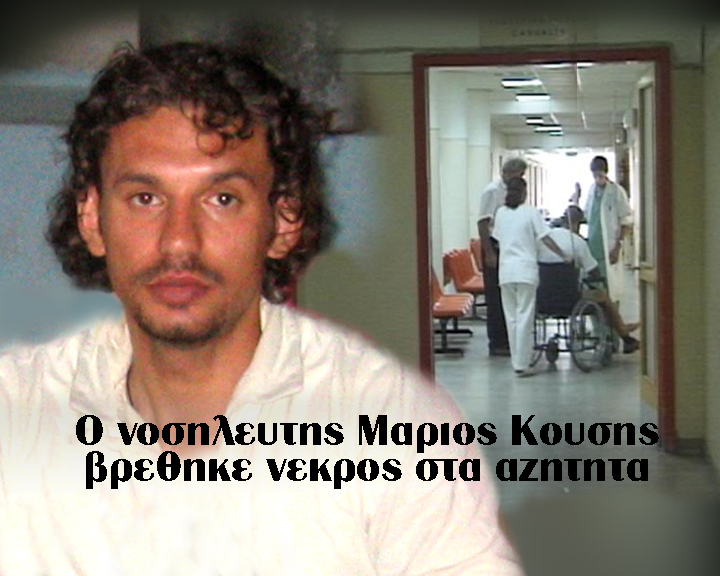 The leadership of Hellenic Police was particularly sensitized by the shocking research of  Angeliki Nikolouli and it was one of the rare times that a high-ranking executive appeared in the studio of the show. Director of Public Security, with the best of intent, publicly pledged then that the Police would do what it was possible to eliminate the weaknesses of the co-ordination of the Authorities and to avoid any other such incidents.

Marios Kousis, 27, who lost his life by electric shock at the train station in Thiseio, was buried for six months as unidentified in the cemetery of Shisto. His parents believed he was on holiday because he had taken his leave from the Attiko  hospital where he was working. When they saw in “Tunnel” the revelation of a similar incident with a young man from Naoussa who had been found dead in the unclaimed, they approached the show.
What was then recorded by Tunnel’s camera was deeply engraved in the memory of viewers. In their misfortune the parents of the young nurse were lucky enough to be able to light a candle in his memory and mourn him.
Dozens of other fellow human beings have remained forgotten, as if they were anxious to an inhuman system.
Alexandros  Laskarakis
Buried as an unknown Albanian …
In October 2004, Tunnel, , conducted a search for the 22-year-old Alexandros  Laskarakis.
The thriller began to unfold when the show hit doors in hospitals, psychiatric clinics and the police in Veroia and Naoussa. 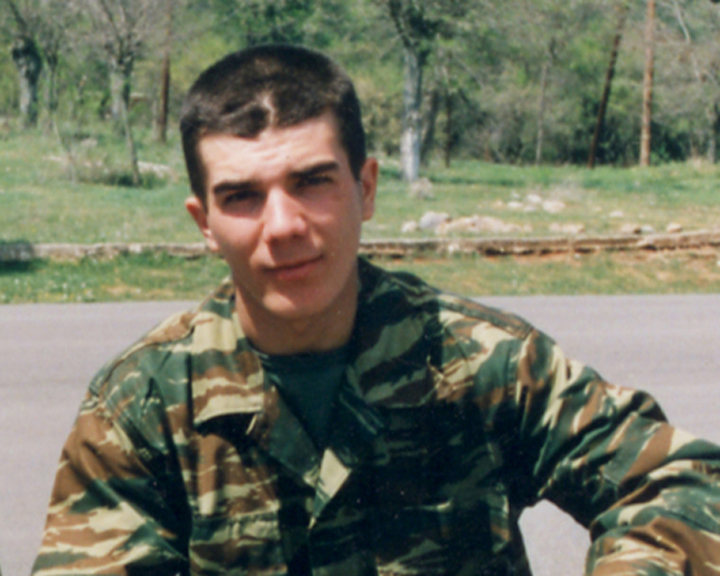 His mother, who was looking for him for seven months, was in the studio and watched the developments breathtakingly. A testimony that arrived at the call center revealed that the unfortunate young man had been found dead in a pumping station in a nearby village from his own in  Archangelos of Naoussa, without having anything on it.
The mobilization of “Tunnel” forced the officers to more closely check the incidents that had been recorded and to admit their analgesia. Although his declaration of extinction had taken place in Naoussa, no one identified the dead fingerprints. Alexandros  was considered an Albanian old man and was buried in the unclaimed of the village Archangelos.
The show’s camera recorded the mother’s desperate reaction.
“I would not know if I did not go to Tunnel. They invited me to recognize my child and had the crap in two hours to sign so they could  close the file. ”

Kostas Stavrakopoulos
In the crucible after years in the unclaimed
In February 2007 Tunnel faced another tragic and macabre allaum of the Authorities. The show, four and a half years after the disappearance of Kostas Stavrakopoulos 21 year old , gave the answer to his mother and his grandmother, revealing an incredible bureaucratic mess. The two women alone were looking for him in hospitals, institutions, and even in prisons. 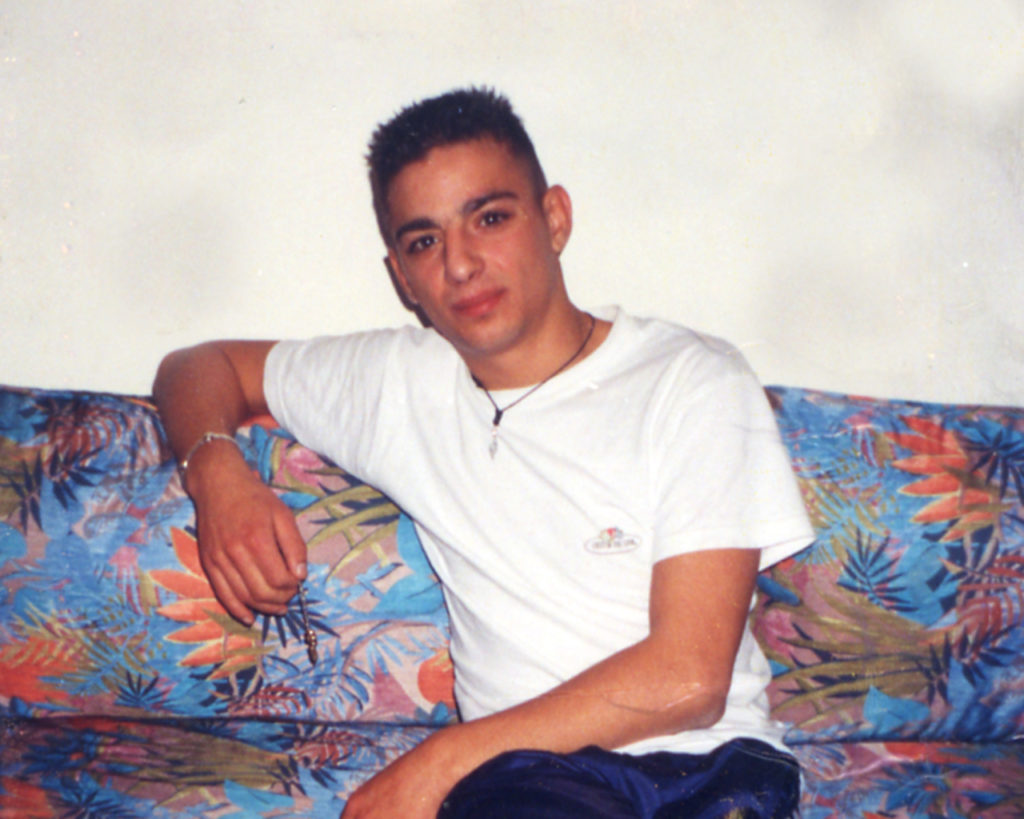 The information for the young man arrived in the early morning hours at the call center that he was  dead from the first day of his disappearance and followed the course of dozens of missing persons without documents. The one to the unclaimed.
His mother had pinned his photo from the first days he was missing, on the panel of the Omonoia police station. It was the same department that was informed of his death.
On the same day that her child was buried as unidentified, the tragic mother carried out the exhumation of his father in the same cemetery. But there was another bitter glass waiting for her. When the show brought to light the truth went to light a candle on his grave to find that his bones had been sent to the crucible.

Vaso Vigenopoulou
They would soak Vaso in the unclaimed
Desperate after their personal investigations did not work, the relatives of Vasso Vigenopoulou from Piraeus addressed “Light at  the Tunnel” in March 2008.
One day after the release of her disappearance from the show, a testimony gave the answer to the 40-year-old woman who was missing  for a month. 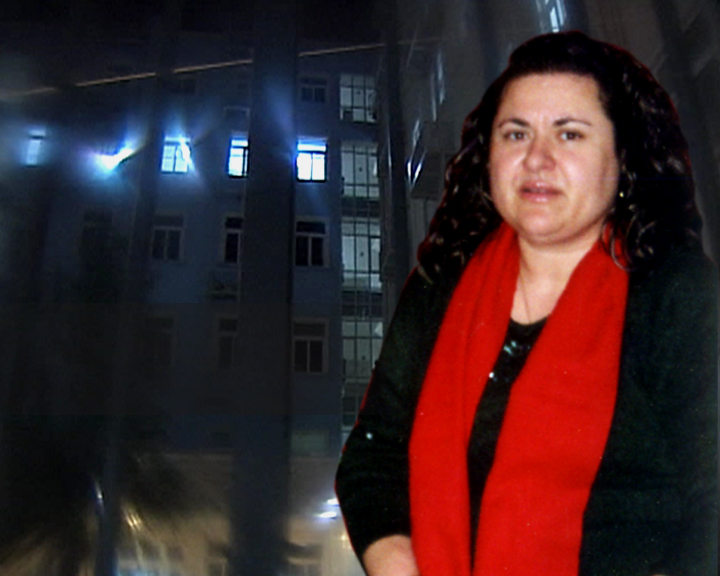 At the same time the edge was found in an incredibly tangled skein which revealed significant omissions of the Authorities. The Port Authority found the woman drowned in the Vassiliadis reservoirs in Drapetsona, which was the area where her disappearance was declared. Since she did not have her identity card on her, she remained for a month in unclaimed  after the police and port authorities were not coordinated to identify her data.

Panayiotis Sapounas
Adventure in the unclaimed

In October 2008, the parents of a 20 year old from Thessaloniki arrived on the show to look for him. “Tunnel” unfortunately became a messenger of the news of his death, but also of the confusion of the Authorities. 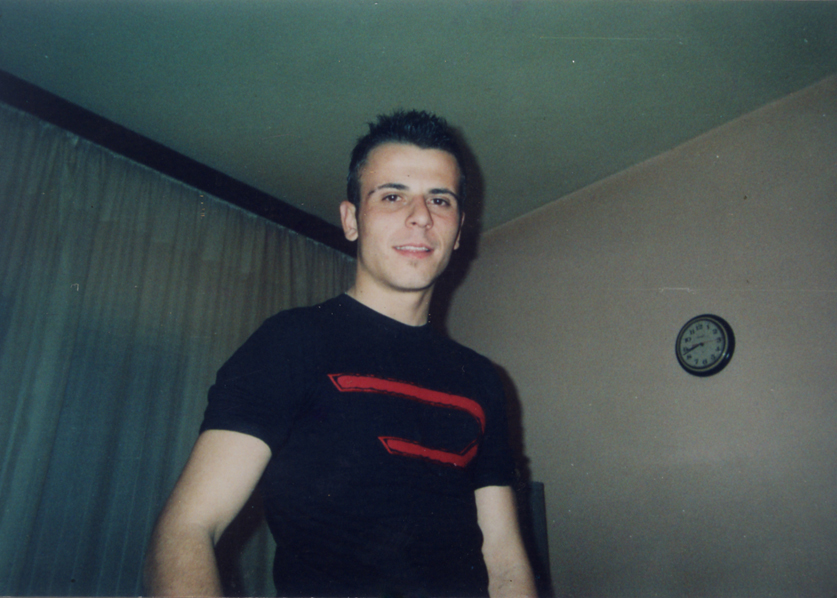 The 20-year-old was for three months in St. Paul’s Hospital in Thessaloniki in the same city that his disappearance had declared. When the father was asked by the police to recognize him, he found that his body had been transferred to another hospital.
Then he had said in “Tunnel”
“I found  my boy. Thanks to you. He was black but I recognized him … My question is why  I found him through Nicolouli and not with my name as his father “.
The research of the show had begun from the home of the unlucky young man, where a former girlfriend had written to his door with a red lipstick “One day you will die …”.
The show found her but she had nothing to do with the disappearance.

In November 2009, another mother asked  Tunnel’ s  help to find her 29-year-old son.
When she  asked the police in Ilion where he declared his disappearance to look for him to the morgues, they replied not to worry because  the bad news travel fast. 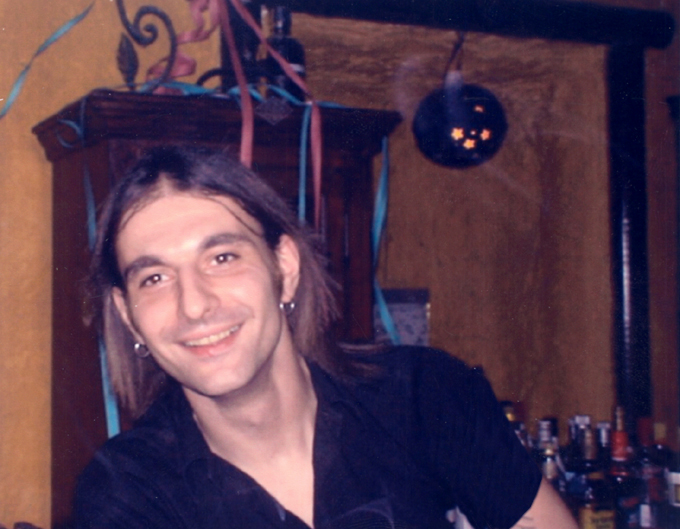 The show revealed that Antonis Baroutas was finally dead since the second day of his disappearance. He had the great misfortune to leave his house without identity, so he ended up in unclaimed where he remained for almost two months.
“I cannot accept that it was so many days in the unclaimed. I told them every day that something had happened and they did not hear me. “said his mother.
His soldier’s brother, had spoken in the show and  wished that not  another child end up like  Antonis, , and left for so many days dead in a refrigerator …

Paraskevas Pagoulatos
Unclaimed with … rent!
It was not enough for  the tragic unemployed father to learn about the death of his child from the show and not from the Authorities, but he was asked to pay for  every day his son was in the morgue! 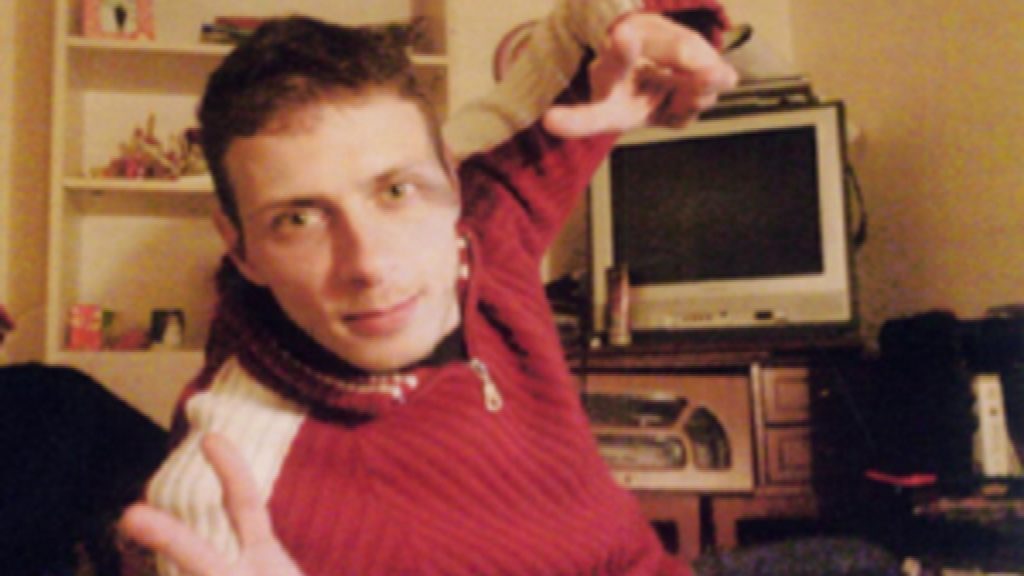 This unbelievable case came to light in January 2011. The 27-year-old Paraskevas Pagoulatos was found dead on a bench in the port of Piraeus. His father had immediately declared his disappearance at Nikaia Police, but nobody gave him a clear answer.
“If it was not the show, I would not have found my child … I had to pay to get my dead son , and the broadcast came again and found a solution … Not even his fingerprints crossed. They made my soul black and I wonder, am I a Greek citizen eventually? ” said to” Tunnel ” from the place where  his son died.

The position of the coroners

In his telecommunication with Tunnel, the Head of the Athens Forensic Medicine Service, Nikos Karakoukis, clarified that a Joint Ministerial Decision is in force, which stipulates that the bodies of unidentified persons should be kept in the nursery refrigerator for up to 40 days.
As stated by the Ministry of Justice, the amount of 450 euros is fixed for the burial of every corpse of unknowns. The following is a contest that is posted in the state program  “Diavgeia”  so that a funeral contractor undertakes burial.
But the profit for the contractors is insignificant and, according to Mr. Karakoukis, the phenomenon of cemeteries is demanding a share of the 450 euros that corresponds to each corpse, resulting in a “trade” around this macabre process.
Because of this situation, there is always a delay in burial since it is difficult to see interest from contractors. The result is that the carcasses remain in the refrigerator for months and not for 40 days set by the law.
Forensic services have an obligation to keep a sample of DNA while officers of the Criminal Investigation photograph the corpse. From the label they receive fingerprints, which they register in their database.

“Unfortunately, the matter of further management has been dropped on the Forensic Services to grab those” unknowns “. The only solution is the creation of an Authority or a coordinating body. It will have to deal with the case from  the first moment that a dead unknown person will be found, until he is buried, “he said.