The important testimony that "Tunnel" brought to the light, paved the way to investigating who gave the death date for the beautiful mother from Xanthi.
Share

The Public Prosecutor took seriously the testimony revealed by the show in the case of 55-year-old Maria Halimiakidou, who was found dead in a marine area outside Porto Lagos.

The authorities, under his command, are now investigating the version of her homicide and the Cyber Crime  has entered this research dance.

According to Tunnel’s information, the Prosecutor is looking deeper for the case. He again asked for phone calls to be lifted back from the day of extinction. 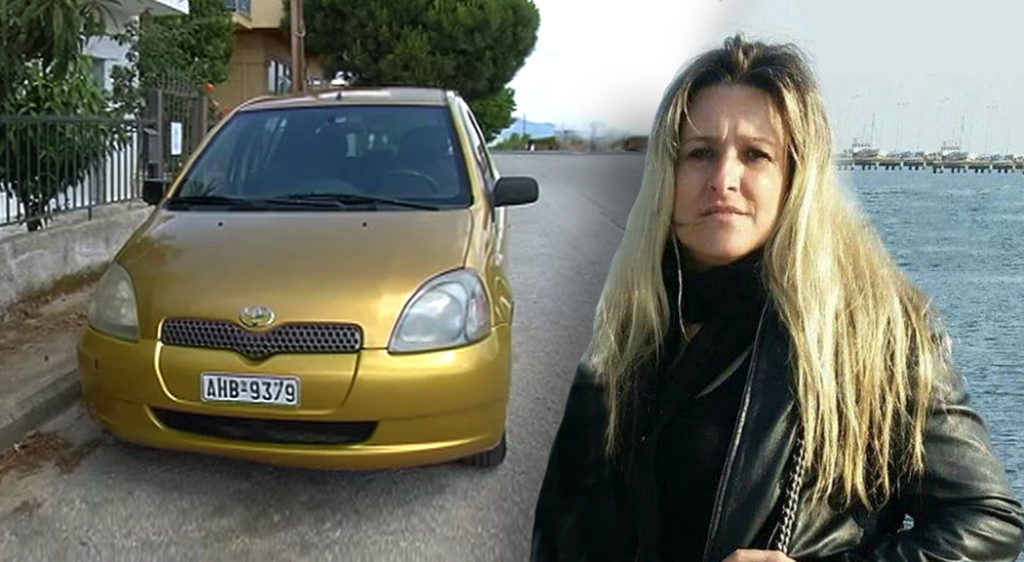 A new important testimony that arrived at the show, s mentioned that Maria Haliamakidou used to often go to Porto Lagos where she had a date with a friend. She parked her car, entered his and moved away from the settlement.

The important testimony that Tunnel brought to light for the strange death of Maria Haliamakidou in Xanthi provoked the intervention of the Prosecutor and led the Authorities to a new round of investigations.
Following these developments, the witness, who is the last person to see her alive, spoke in the show’s camera, from  Porto Lagos.
He said that on the morning of Thursday, February 15, 2018, he waited for someone in his car, which had parked on a street . 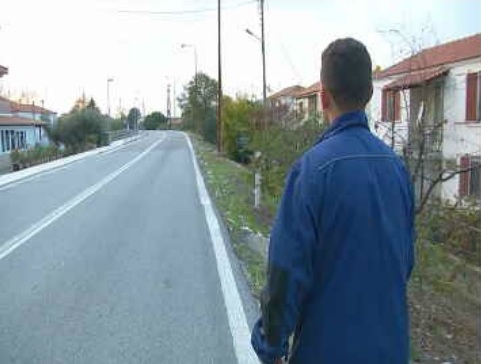 Suddenly he saw a golden Toyota Yaris coming with speed and stopping just below his own on the same road, but in the opposite direction from where later was found by the Authorities.
The witness did not pay much attention to what he saw until he watched the publication of the case in Tunnel. Then he realized that it was the same vehicle that was driven  by the unfortunate woman, whom she recognized. 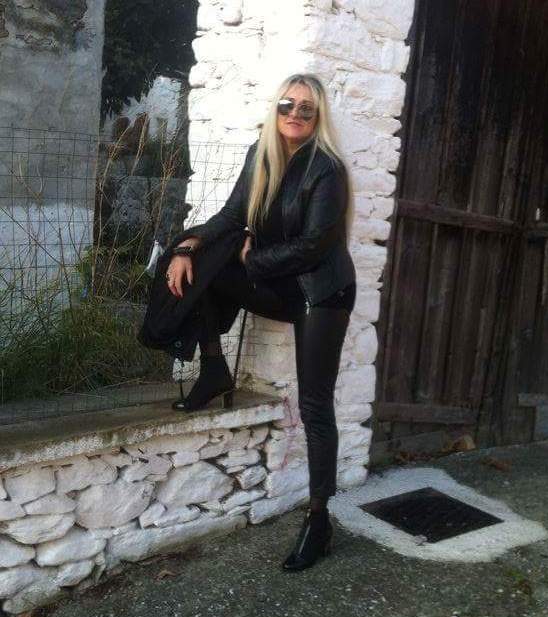 He remembered she was wearing dark-colored clothes and she looked upset. He noticed she got out of the car, locked it up and without getting anything else with her, she started running down the main road. She stopped at the junction, looked left and right, hurried across from the road and started running towards Xanthi. The witness at some point lost eye contact with her. He then heard a car stop, doors to open and then the car left. At that time there was traffic and the witness saw at least four or five cars moving towards Xanthi.
He went and testified  what he had seen and heard to the Police.
Tunnel searched for witnesses where beautiful Maria was last seen alive. Unfortunately, most homeowners do not live there permanently, while the resident of the house, in front where Maria appears to have boarded the unknown car, was absent that day.

The lawyers of the family Katerina Skoulariki and Christina Kiatipi traveled from Xanthi to Athens to find themselves in the Tunnel studio.

“The children of the unfortunate woman insisted that something strange was hiding behind her death. The researchers themselves were doing to prove what really happened, “said Mrs Skoulariki.

She appealed for new witnesses through t Tunnel, pointing out that every new element that may arise is important.

“The case file is in the specialized service of Cyber Crime and at the end of the month we expect the results of the investigation. We will study them and take further action. “ 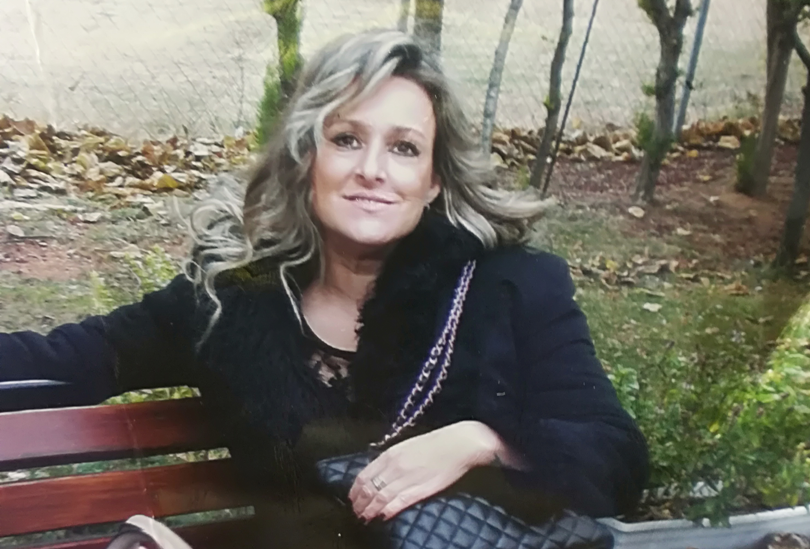 The head of the Forensic Service of Piraeus Elias Bojokas, had pointed out to Tunnel when he first dealt with the case, that there are questions that need further investigation.

“We have seen that in his report, the forensic colleague, speaks of   pre-death wounds for which an answer must be given to what had caused them. A lot of evidence, if present in the case, such as the pictures of the body in the place and the attitude found, can give us an extra image. I would like to point out that the positive thing in this case is how Justice has moved in the right direction.  Witnesses must help. The slightest element can be exploited by experts. “

Her  younger son Dimitris and his wife, Fotini, spoke to Tunnel’s camera from the point where the witness saw their mother for the last time. From the first moment, they did not believe that Maria  hurt herself  and turned into a detective to find evidence. What they found persuaded that something else had happened. 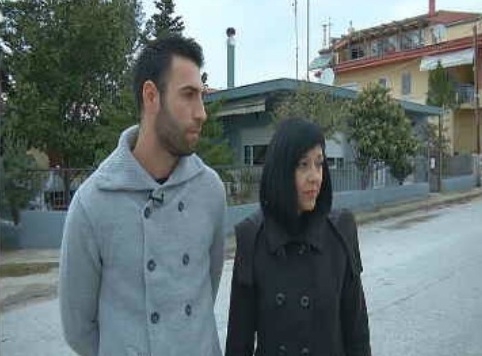 The sudden unjustified one-day leave she took from her work, the gifts she had bought for her grandchildren who had a birthday, the money being taken on the same day, and her apartment renovated at the time, were the first samples to remove them from the possibility of suicide.
Then, when her body was found without scratch on sharp rocks and without her jacket, at a distant point from her car, filled them with questions. It was also her keys found in a fountain outside a chapel, something that did not stick to the whole scene. 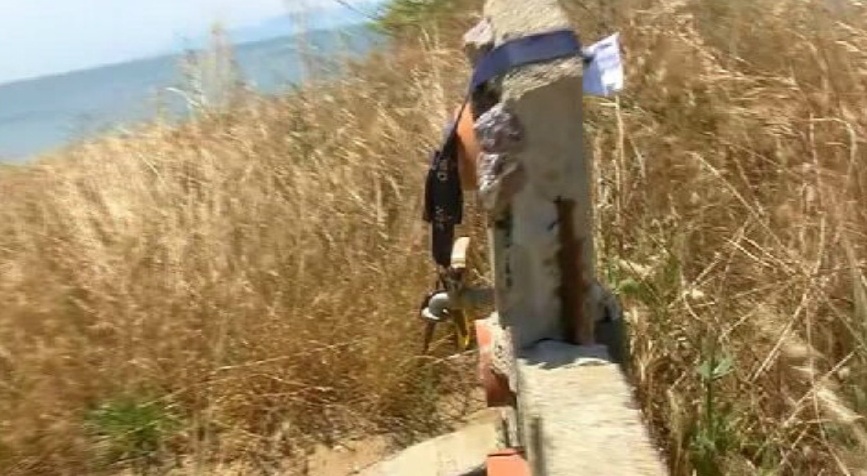 The important testimony that arrived at Tunnel for the fatal morning of extinction brought the case upside down.
“The witness said that when he saw her, cars were passing through the street. Perhaps someone has seen something, he must  try to bring that woman’s image to his mind and combine it. We are talking about a tall blonde woman wearing black clothes on that day and possibly having her hair caught, “she said.
“We think someone was taking her to the place she found, it’s a hidden place you need to know how to gothere” her son said.
“Someone directed an unusual setting. Perhaps there was a fight and the rest followed, “her daughter in law  added.
They told the reporter that e-mail and phone privacy had been removed to investigate by the authorities if someone had an appointment with her.
“As long as she was missing, it seems that someone read the emails we sent to her. Someone had access to her accounts. We knew he had for a long time a hectic relationship. In the last two years this man had left Xanthi and she wanted to find him and talk to him, ” they said to ” Tunnel “.
“I promised both myself and my mother s soul  that I would look for what happened. My mother still exist for me. She has her birthday on November 17th and like every year I will take her a gift … “, her son said excitedly.
“We want to find the culprit and be punished. No one has the right to cut the thread of someone else’s life, “concluded the daughter in law  of beautiful Maria.
Her  nephew was also appealed for  witnesses. 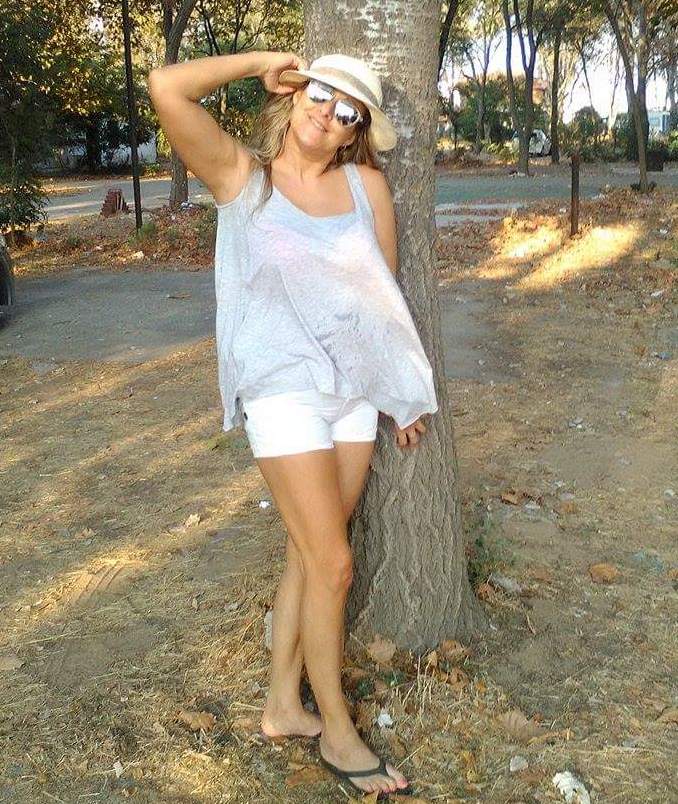 Beautiful Maria was suddenly lost on Thursday, February 15th, by the hospital in Xanthi where she was working. Four days later, on Clean Monday, she was found drowned at the beach of Abdera under the chapel of St. John.
Her car of a gold Toyota Yaris was carefully parked and locked eighteen kilometers away, in Porto Lagos.

See all the developments around the case here.