With a strong thriller begun the new TV season for Tunnel.
Share

Angeliki Nikolouli on a difficult mission in the heart of the Greek province, uncovered buried secrets, discovered mysterious deaths, and was found along with locals hunting for buried treasures and smugglers… The big reversal came when it began investigating the strange drowning of a young farmer in Mesolongi, which turned out to be a murder. The fact that he was deaf, kind-hearted made him an easy victim. Vasilis Dimaras, 33, was found dead on Thursday, November 3, 2016 with only his underwear on the river Evino. He found himself in the wrong place at the wrong time… 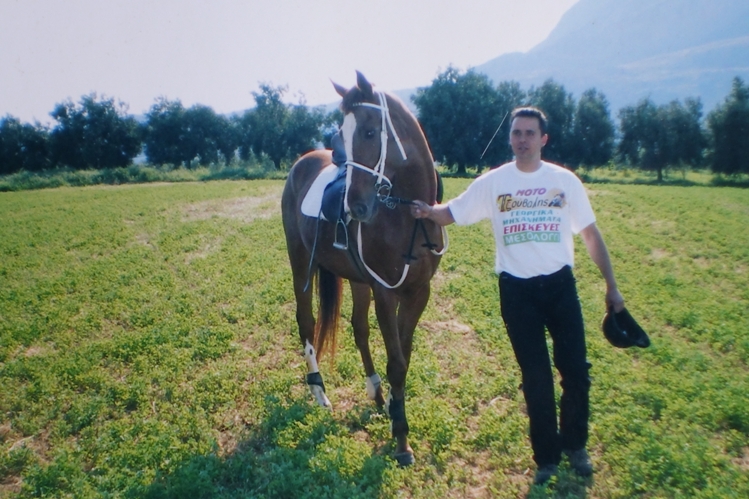 “They hit him and threw him in the river…”

His relatives had been investigating his death for a long time and, together with the coroner and professor of forensic medicine and toxicology, Matthew Tsougas, who had been designated as a technical adviser, identified his killing, which was directed to drown. The professor scientifically analyzed in Tunnel how he came to the conclusion of the criminal act in the case of Vasilis Dimaras. 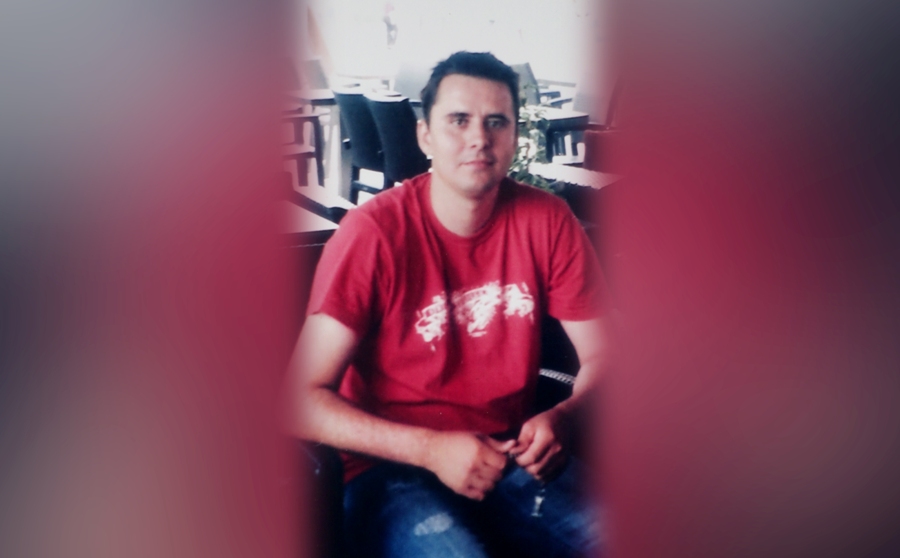 As he mentioned, the material in his hands when the young farmer’s relatives called for his help was the pre-existing forensic material, the testimonies and several photographs.

“The possibility of suicide was removed, as the victim did not exhibit behaviors that would lead to such an act. The case of slipping and falling into the river is also not established, as he would not go for a swim in the late afternoon of November, since he did not used to it. Moreover, why was he wearing his boots? Also, if it did, there would be no blood clot in the ear flap and the back of the head. This finding led me to conclude that Vasilis was struck by a thunder instrument, possibly a weapon. The perpetrator (s) may have forced him to take off his clothes and beat him. The findings show that he fell semi-sensitively to the ground and then threw him into the water where he ended up. The actors’ plan was to set up a drowning scene, “he said. 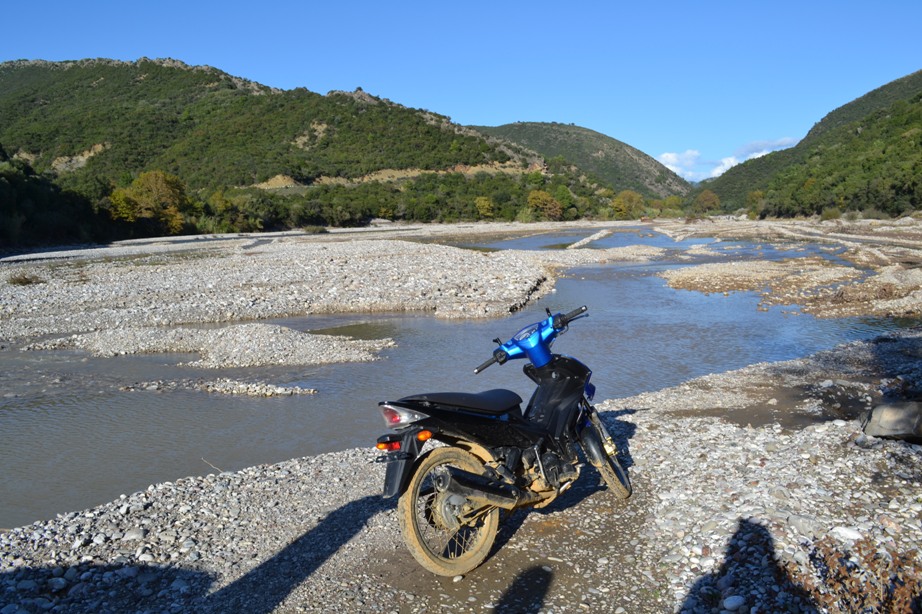 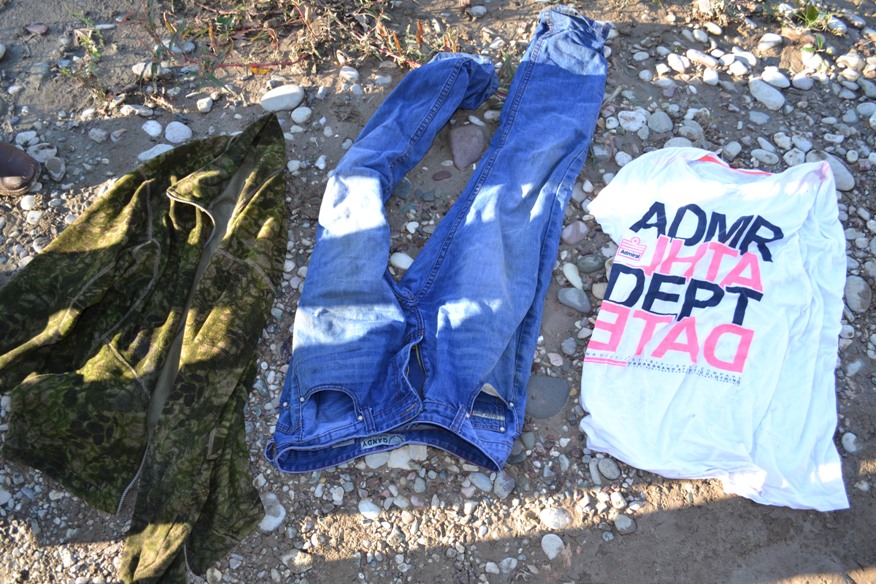 “They threw my brother in the river like Vasilis…”

As the expert journalist’s research in the area went deep, new shocking facts came to light and brought yet another death… 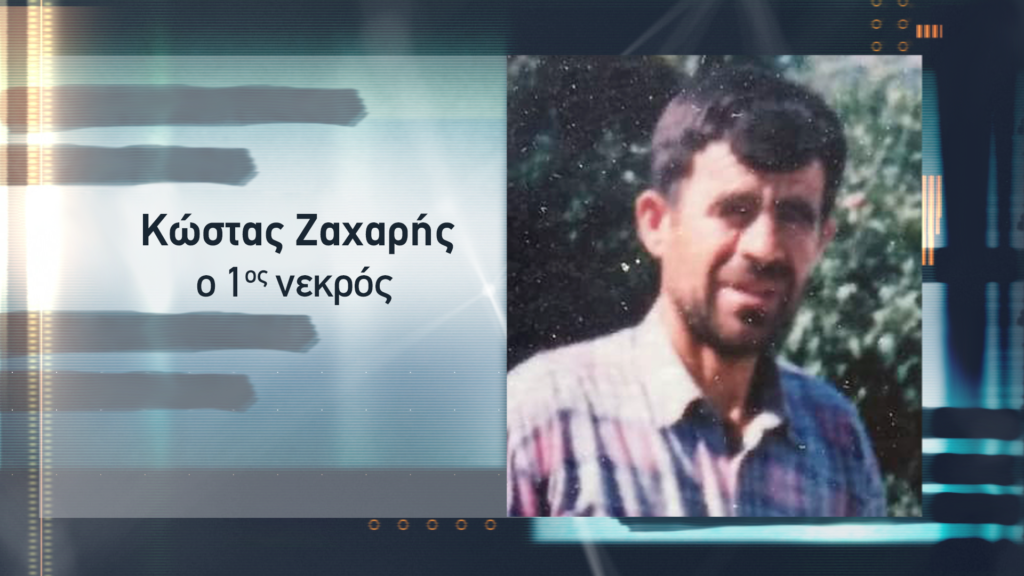 Some time ago the 57-year-old farmer Kostas Zacharis, from the village of Ai-Giorgis, was found drowned in the stream Kourkoutas, ending in Evinos.

The investigator identified the first victim’s relative and spoke with him. As he said, his brother was grazing his sheep, and he was unknowingly witnessing illegal encounters near the church of St. George. Like Vasilis, the first victim was found in his underwear and boots without his clothes. The authorities then did not proceed with the inquiries, leaving relatives with unanswered questions.

Vassilis Dimaras himself was like pointing to the solution to his mysterious death. In a drawer in his house, he had hidden revelations… Angeliki Nikolouli with the Tunnel camera was found in his room.

In his personal belongings, his mother identified two handwritten notes that reinforced his parents’ view that something serious was behind his death. In one of them he wrote: “Evinos Crimes”. In the other he had written the name of a police officer and amount of money. No one in his family knew exactly what he was referring to.

Before he was found dead, he talked to a friend in the village and told him about the fateful appointment:

“I’m going to grandpa, it’s a shame…”, pointing to the river where he was found murdered.

The previous day he asked his father to change his schedule with sheep grazing because he had an appointment. When his father asked him about it, he pointed to the point where he lost his life.

Messolongi: Here is the death trap set for Vasilis…


Angeliki Nikolouli was found with the victim’s father and son-in-law on the river bank.
The disappearance of Vasilis on Thursday, November 3, 2016 had sounded an alarm in the area and everyone was involved in the search for him. The next day Vasili’s motorbike was detected by a guard. A little further down the bank his clothes were found folded. One of the boots he was wearing was found by a lifeguard on the other side of the river.
He was later found in the water with his underwear and socks on. The man who pulled Vasili’s body out of the river was his own father…

According to the testimony of a worker who was at the time working on road works in the area, Vassilis passed in front of him having on his motorcycle a passenger. Some time ago the young farmer had asked his son-in-law to find him a gold detection device on behalf of a friend. Yiannis Dimaras is convinced that some have seduced his brother to a “death appointment” and set up a dwowning scene. His belief was later reinforced by the analysis of the technical advisor-forensic designated by the family.

Mouths in the area of Mesologgi and residents pointed to the journalist mountains and chapels where gold and ancient ruin hunters act out of control. An acquaintance to Vassilis Dimaras, claimed that there are rumors of many treasures buried in the area.

“In the old days, they didn’t go to the banks or the stock markets, they buried their money,” the witness told Tunnel.

Security Guard: They come at night and dig everywhere…


In the area where Vasilis Dimaras was found dead, there are the ruins of ancient Kalydon. Angeliki Nikolouli’s research has shown that not only visitors are attracted but also aspiring gold and hidden treasure hunters, who usually act when the darkness falls. The keeper of the site of the ancient city, spoke of incidents of smuggling that have fallen to the perception of the Authorities. He said there were instances where the perpetrators were digging illegally with the help of a local who pointed out points of interest to them. “They start to find gold coins and they end up finding ancient ruins,” he said. He stressed that aspiring gold hunters did not hesitate to destroy even sacred temples in order to find buried treasures.

The case in the Prosecutor’s office…

Basil’s relatives through their law firm filed a suicide lawsuit against strangers. The case is in the hands of the Vice President of Messolonghi who is working on it. From the scene his brother and brother-in-law stressed that they would not stop until they justified their human memory.