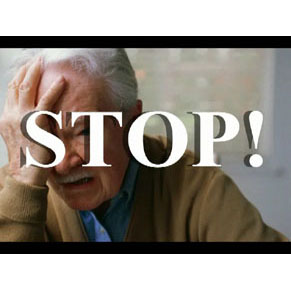 June 15th is the World Day against elder abuse.
Share

June 15th is the World Day against elder abuse. World Day against elder abuse, is June 15th. The aim is to raise public interest about maltreatment of the elderly even in their own home, by people of their family or others responsible for their care.
The information of the organization Lifeline, cause shock. The vast majority of susceptible and vulnerable to elder abuse are women. More than one third of these women suffer from Alzheimer or dementia, making them even more vulnerable to abuse.
The abuse manifested as violence, exploitation, neglect or omission, while incidents of abuse that have occurred worldwide, it is injuries, dehydration, inadequate implementation of treatment and more.
These are the most obvious forms of abuse. There are others such as psychological and sexual abuse, affecting as much dignity of the elderly.
The problem has grown over time because there are very few complaints to Authorities in these cases and because they fear the vengeance of the victim or because they believe that in this case would be forced to live in an institution.
Most of the behaviors of abuse of an elderly person is a crime and everyone who understands the obligation has to report it to the Authorities.
Nobody should tolerate abuse. At the National SOS Line for the elderly 1065, one can find help. We all have the right to feel and live safely.