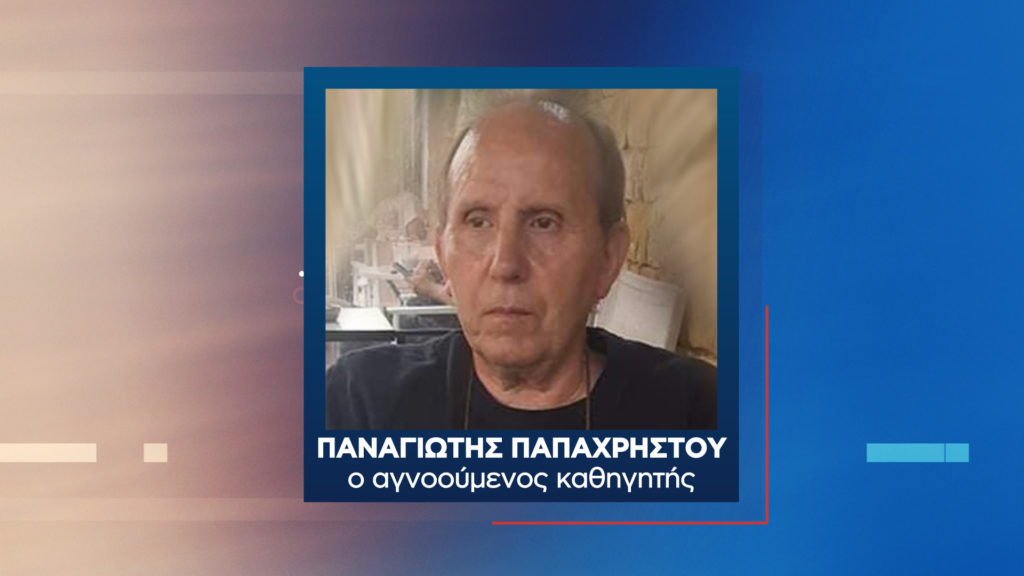 Significant developments late on Friday afternoon in the strange case of the disappearance of the English teacher in Petralona.
Share

After the great mobilization of the “Tunnel”, police officers were at the house of the missing Takis Papachristos and opened it in the presence of the Prosecutor.

The show presented the latest data live from the site.

The goal was double. First to identify objects that could give a new twist to the research and on the other hand to obtain genetic material of the missing person from his personal belongings.

In the last show, an alarm was sounded from a testimony for finding the body of an unknown man in the area of ​​Filopappos, where the professor used to walk.

He was located at the same time that Papachristou had disappeared.

The students who brought to light his strange disappearance, found some common elements with the missing person in the photo suggested to them by the Authorities.

The main reason DNA was obtained is for identification with this body.

In the neighborhood there is anxiety about what happened to the teacher, as everyone talks about a quiet man who had a plan in his life.

He allegedly disappeared after June 20 from his house in Petralona.