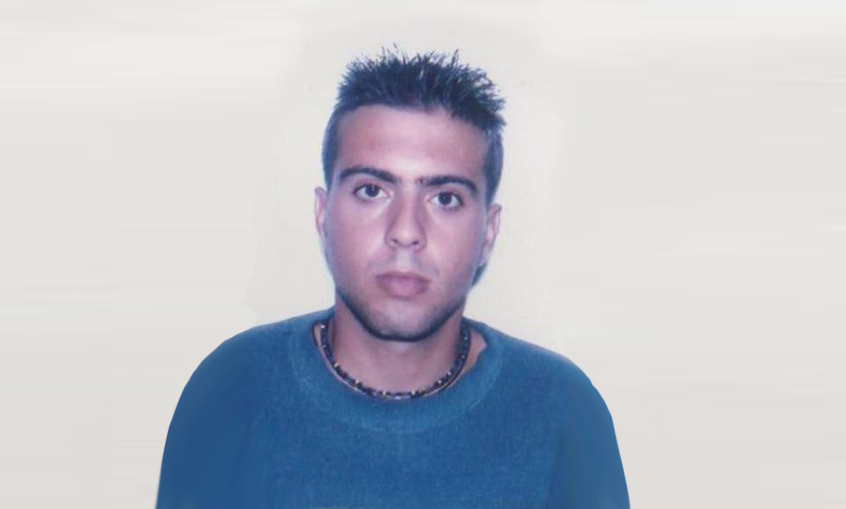 In the "Tunnel" the Corinthian thriller comes alive with shocking developments.
Share

Six years after the mysterious disappearance of 33-year-old Dimitris Tsaousis, it was revealed that he had been murdered by his own “friend” who subsequently disappeared his body.

This answer was given by Justice to his family with a verdict of condemnation for the perpetrator who opened Aeolus’ bag.

The Tripoli Joint Circuit Court has found his “friend” guilty of homicide by intent in a calm state of mind. He was sentenced to 15 years in prison, but he was not sent to jail, as his is suspended on the condition that he is not allowed to leave the country. The Prosecutor’s proposal was the sentence of life imprisonment.

The unfortunate young man was killed on the day he disappeared, on Friday, January 17, 2014, in Lechaio, Corinth, where he lived.

The shocking thing is that he had sent danger messages via Viber while he was at an appointment – trap from his “friend” that had with him financial differences.

In the “Tunnel” was heard the audio documentary received by his girlfriend shortly before he was assassinated and his corpse was gone.

His cellphone was switched off and his last signal came from the ancient port of Lechaio Corinth.

“The amendment to the Penal Code has made it possible to reduce sentences with suspensive effect. One may be free until his appeal is heard. Life imprisonments in Greece can go down to 10 years. ”

Six years after the disappearance of Dimitris Chaussis and his murder, as it turned out to be from the court’s ruling, his mother spoke to the Tunnel camera from her child’s room.

“I want the perpetrator to tell us where he threw my kid… I want him to be found, so we can bury him, lit a candle, as he deserves” she said at an emotional state.

On the judgment of the Court which sentenced him but did not send him to prison, he stated:

“I don’t think it’s a vindication for us since this man is free. He should have in prison for a lifetime.”

At an emotional state, she describes in detail what they discussed with her child that day, but also the calvary that she is going through on since then.

Brother: “He killed him and disappeared his corpse”

The victim’s brother spoke to the “Tunnel” from the place where, according to his phone records, that fateful afternoon transmitted the victim’s last cellphone position.

“It was the messages to his girlfriend that showed us the place and the man with whom Dimitris was last in contact. Seeing a danger, he informed her for security, as he says in the voicemail he sent her. We did an investigation in the area but we didn’t find anything, not even the police did.”

His brother was also mentioned to the accused:

“This man claimed from the very first moment that he had not seen him and had not met him that day, something which had been proved to be false from the telephone records. We are talking about a man who, as the court ruled, killed and hid my brother’s corpse. ”

The evidence found in the defendant’s car are also impressive.

“The prosecutor asked for the car of the man convicted of Dimitris’ murder to be investigated. The order from prosecutor’s office, however, was given fourteen months later. Although the vehicle had changed ownership, there were spots in the trunk, but could not provide any valuable results. ”

He himself called on anyone who knows what happened that afternoon to contact the show.

“We hope we find something from my brother, even after these many years”, he concluded.

Father: “I told him not to have contact with this man, but he didn’t listen to me…”

According to the unfortunate victim’s father, “there are some places in the area where one can bury a human and never find him. We did our own investigation with the help of the police, but unfortunately we couldn’t find anything,” he said at an emotional state to the camera.

“On that noon Dimitris passed by his grandmother’s house with whom he had very good relations. He stayed there for a while and left on foot, telling her he would go for a coffee”, the father told Tunnel.

“I knew a lot of things about his friends. He was urged not to have contact with this man, but he did not listen to me because he did not fear of him as he told me. The man convicted at first instance for killing my son owed him 9,000 euros. There were frictions between them as Dimitris demanded his money back. He met this man on that day to get some money back and we haven’t seen him since. It was a fateful appointment for his life”, the father concluded.

On the recent court ruling he stated:

“Although I have confidence in Greek justice, I do not feel justified. I was expecting he would go in prison for life. If he was not guilty, he would have come to help us find the truth about Dimitris. Our first concern is to be able to find something from our child”, he said.