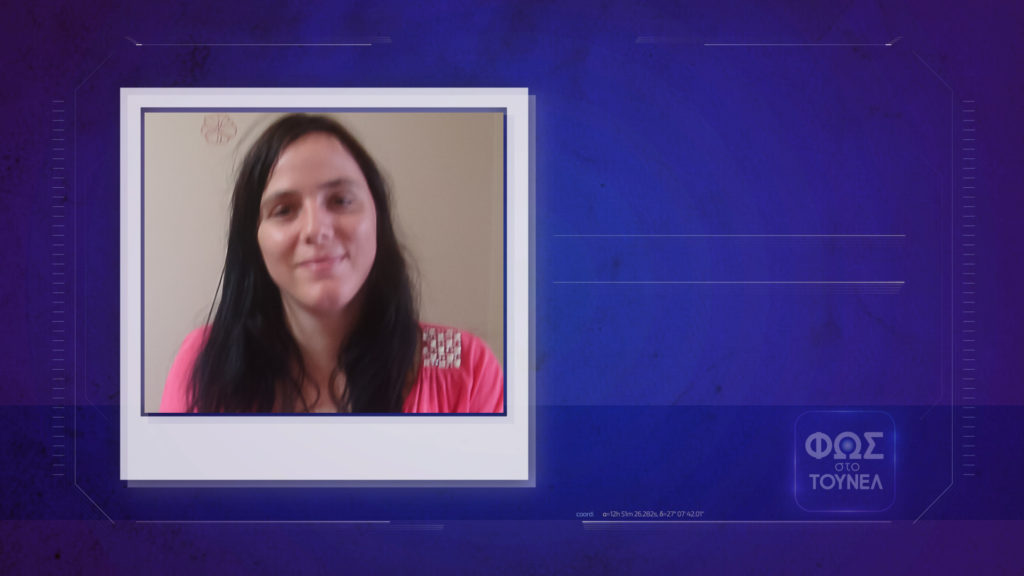 The mobilization of the "Tunnel" with research during the night, brought results.
Share

One month after her disappearance, 36-year-old Eugenia-Maria Vouniozou gave a sign of life.

She responded to her uncle’s priest’s appeal through the “Tunnel” on Friday, June 17. Three days later, she visited him in the church that operates in Salamis, ending the agony for her fate.

As she told him, she is in good health and lives with her boyfriend. Speaking to “Tunnel”, her uncle, Father Michael, thanked the show for its contribution in locating Eugenia and added:

I was sure that watching my appeal through your show, Eugenia would respond.